An overwhelming number of senators and representatives have gone public with criticism of UN Security Council Resolution 2334. While the criticism was largely directed at President Obama’s decision to break with past U.S. policy – including his own – by directing the UN ambassador to abstain, the Security Council’s 14-0 vote to adopt the anti-Israel measure is itself an issue that Congress needs to examine.

The incoming Trump administration reportedly will consider reducing America’s financial contributions to the UN in response to the resolution. And various existing statutes call for sanctions against UN agencies that pass anti-Israel measures. In an honest world, those statutes doubtless should have impelled President Obama to order a veto of Resolution 2334.


In any event, we hope the strong stand in opposition to the resolution on the part of so many lawmakers will translate into support for measures to take the UN to task for its anti-Israel obsession, especially in the face of the ongoing slaughter of hundreds of thousands of Arab civilians by Israel’s Arab neighbors.

It’s also worthy of note that J Street stands out as one of the few organizations supporting the UN’s censure of Israel. J Street maintains that its position is the true pro-Israel one. Hopefully, with the loss of a champion in the White House, J Street and its nutty notion of what being pro-Israel means will soon be consigned to the dustbin of history, where they belong.

From Resentment to Resolution – Parshat Vayeitzei 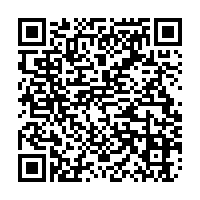