This week Jews around the world celebrated Yom Ha’Atzmaut, Israel Independence Day. Sixty-five years ago on the day before the British mandate over Palestine was set to expire, the Jewish People’s Council, comprised of the political leadership of the Jewish residents of Palestine, proclaimed the establishment of the State of Israel.

That proclamation has particular resonance in 2013. Thus, it describes the Land of Israel as

the birthplace of the Jewish people. Here their spiritual, religious and national identity was shaped. Here they achieved independence and created a culture of national and universal significance and gave the world the Bible…”

After being forcibly exiled from their land, the people kept faith throughout their Dispersion, never ceasing to pray and hope for their return to it and for the restoration in it of their political freedom.

It goes on to solemnly note that

The catastrophe which recently befell the Jewish people – the massacre of millions of Jews in Europe – was another clear demonstration of the urgency of solving the problem of its homelessness by re-establishing in Eretz Israel the Jewish state, which would open the gates of the homeland wide to every Jew and confer upon the Jewish people the status of a fully privileged member in the family of nations.

Let us always remember, and let us remind those who try to bend history to coincide with their own agendas, that Israel and the Jewish people are one. 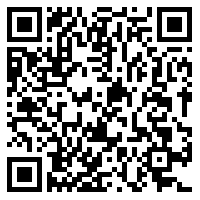