Chaim was involved with several organizations, but one that primarily spoke to Chaim’s heart was Ohel Children’s Home and Family Services. The enormous compassion and vision Chaim brought to Ohel over the past three decades were indispensable assets. Chaim also expanded his activities to include the National Council of Young Israel and was elected national president in the early 1990s. At that time, the National Council, once a central voice in the world of American Orthodoxy, seemed to have faded into the background. Under Chaim’s leadership, however, the organization was restored to its place as a national and international voice of Orthodox Jewry, which it remains today.

Chaim was well respected in the political world as well, and was frequently called on for his advice and assistance with Jewish affairs. One political figure who frequently sought Chaim’s counsel was former New York City mayor Rudy Giuliani, who had a singular respect for Chaim. When Chaim was honored by Ohel, then-Mayor Giuliani was scheduled to be the keynote speaker. As it turned out, that night was one of the coldest of the year and the mayor was tied up in his efforts to get people off the streets and into shelters. Nevertheless, at about 11 p.m., after nearly everyone had cleared out and the lights were about to go off, there came a shout from the back of the ballroom: “Where’s Chaim? Let’s have dinner!” In strolled the mayor, who wasn’t about to miss a chance to honor Chaim. They brought out the food, and Mayor Giuliani and Chaim sat down together to a private dinner.


Professionally, Chaim was a nursing home administrator. But in that endeavor as well Chaim stood out as one of those who went above and beyond for his residents. Shortly after I met Chaim, he called and asked me to put together a band for a bar mitzvah scheduled to take place at his nursing home. Though I thought it an unusual place for a bar mitzvah, I asked no questions and booked the musicians. As it turned out, there was a 58-year-old resident dying of lung cancer who had expressed regret that he’d never had a bar mitzvah. Chaim got wind of it and made him a gala bar mitzvah celebration with all the trimmings.

Chaim’s governing philosophy was: “If anyone is unhappy, find out what it is so I can fix it. I don’t want any unhappy residents.”

Chaim was well known for his extraordinary culinary talents and, true to his natural inclination to take care of people, he really knew how to make a feast. This found expression in his “Pesach With the Chevrah” programs, which combined Chaim’s signature elite cuisine with five-star hotel accommodations. Chaim, together with his sons and sons-in-law, was able to convert an entire hotel into a Yom Tov paradise while adhering to strict halachic standards. What Chaim most enjoyed about the Pesach programs, however, was having the opportunity to bring together his extended family and dear friends for Yom Tov and serve them in grand style – or “Chaim Style.”

For a typical Pesach he hosted more than a thousand guests but, true to his nature, refused to sit down to his own Seder until he had personally checked on every table to make sure all his guests were happy.

Chaim’s love for Torah and Yiddishkeit was boundless. When it came to performing a mitzvah, he did that “Chaim Style” as well, sparing nothing. A perfect example was Chaim’s sukkah. Walking through its threshold was like passing from Kansas into the Land of Oz; adorned with fountains, chandeliers, dancing monkeys, waterfalls, a fish tank, and even a scale model of the Beis HaMikdash, it had to be seen to be believed. And as if all that weren’t enough, he also had an elevated train circumnavigating the perimeter.

When it came to standing on principle, Chaim was a fearless warrior. But at the same time he was most definitely a “softy” as his emotions were always close to the surface and he was never far from tears. But no reminiscence of Chaim could possibly be complete without reference to his impish sense of humor. There were certain lines he used that were uniquely his – “Chaim-isms,” if you will. For example, if you ever used the expression “chas v’shalom” in his presence he would quickly retort, “I know his brother, Oliver.” Think about it. 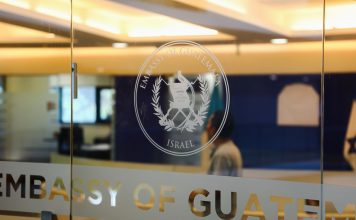