N.Y. Conference on the St. Louis

This year’s conference of the David S. Wyman Institute for Holocaust Studies will focus on “75 Years Since the ‘Voyage of the Damned’: Are We Doomed to Repeat It?”

This year’s 75th anniversary of the voyage of the refugee ship St. Louis coincides almost exactly with the 100th anniversary of the birth of a long-forgotten Dutch playwright who actually used the story of the ship to help save Jews from the Holocaust. It’s an amazing chapter of history that is, sadly, almost completely unknown to the public.

The St. Louis, with 930 German Jewish refugees aboard, set sail from Hamburg on May 13, 1939, bound for Havana. Cuba was one of the few countries left that was willing to accept Jews fleeing Hitler. Or so it seemed.

In the face of growing public opposition to immigration, Cuban president Laredo Bru decided at the last moment to cancel the entry visas that the St. Louis passengers were holding. The ship waited in the Havana harbor as American Jewish emissaries negotiated with Cuban officials over the passengers’ fate.

Some of the passengers’ relatives had reached Cuba earlier. As the St. Louis idled in the harbor, they boarded small boats that took them closer to the ship, to shout messages of encouragement and catch a glimpse of their loved ones.

When it became clear that Cuba would not admit the passengers, the St. Louis, which The New York Times called “the saddest ship afloat,” sailed north to the coast of Florida. It hovered there for three days.

The passengers sent a telegram to the White House, pleading for mercy and emphasizing that “more than 400 [of the refugees] are women and children.” The reply came in the form of a Coast Guard cutter, which was dispatched to the scene to make sure the St. Louis did not come closer to America’s shore.

Treasury Secretary Henry Morgenthau Jr. proposed that the passengers be granted temporary haven in the U.S. Virgin Islands. As a territory rather than a state, the Virgin Islands was not subject to the regular immigration restrictions. But President Roosevelt rejected the idea of using the islands as a haven, on the grounds that Nazi spies disguised as Jewish refugees might sneak from the Caribbean into the mainland United States.

The St. Louis slowly sailed back toward Europe. A Nazi newspaper, Der Weltkampf, gloated: “We are saying openly that we do not want the Jews, while the democracies keep on claiming that they are willing to receive them – then leave them out in the cold.”

Before the ship reached Europe, the governments of England, France, Belgium, and Holland each agreed to accept a portion of the St. Louis passengers. The refugees who were admitted to Holland were held behind barbed wire in a detention facility called Westerbork.

While grateful not to be returned to Germany, the passengers understood they were still in the middle of a danger zone. Researchers from the U.S. Holocaust Memorial Museum interviewed one former St. Louis passenger who was sent to France and then quickly departed for Hungary because, as he put it, “After all, people knew the Nazis could invade France at any time.”

For the same reason, passenger Michael Fink and his parents, who were sent to Holland, immediately applied to become construction workers in Chile. Warren and Charlotte Meyerhoff, who were also taken to Holland, smuggled themselves out of the Westerbork facility and made their way back to Cuba. 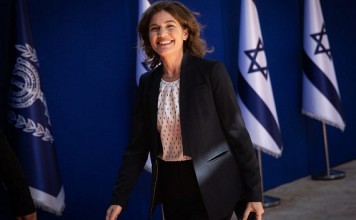