We learn this unique quality of Avraham from the pasuk “and the fugitive came and told Avram, the Ivri, who dwelt in the Plains of Mamre…” (Bereishis 14:13). Rashi explains that “the Ivri” means Avram “came from across the river.” ArtScroll comments, based on Bereishis Rabbah 42:8, “Avram has been mentioned several times above, but it is only here that he is called ‘the Ivri,’ because it explains how he had the courage to attack a mighty army. It is because ‘he came from across the river,’ he had demonstrated his faith in God’s promise to him by abandoning his birthplace and going to an unknown land. It was upon this faith in God that he relied when he went to rescue Lot….

“Although he and Sarah cultivated many disciples, they were essentially alone; they would never blend into – or compromise with – the surrounding culture. Abraham was on one side of a moral and spiritual divide and the rest of the world was on the other…. Every Jew…must have within himself the ability to be an ‘ivri,’ to stand alone. God does not need multitudes; He needs those who are ready to remain loyal to His principles and precepts. Even if there is only one couple ready to do so, as in the time of Avraham, that is enough.”

Magen Avraham, the shield of Avraham, protects his children. What is Magen Avraham? Hashem Himself is Avraham’s shield. Do we not say, many times every day, “Blessed are You, Hashem, Shield of Avraham”? As long as we look elsewhere for support and protection, we are saying in effect that we are not relying on Magen Avraham. But that is how we begin every Shemoneh Esrei, with the berachah “Magen Avraham.”

Does it matter what the world thinks? Our fate is not influenced one iota by public opinion or news coverage on CNN or the BBC or anywhere else. Do these media have power over us?

Avraham Avinu asked his Father in Heaven for guidance on every move, and he followed the direction from Above to the exclusion of all other influences. That is how he became who he was and that is how we, his children, have survived. “Some [rely on] chariots and some [on] horses, but we call out in the Name of Hashem, our God. They slumped and fell, but we arose and were invigorated” (Tehillim 20).

Yes, we have some friends in the world, but that is not the point. We cannot rely on these friends – not because they are not real, but because of the principle on which the Nation of Israel was founded, which is complete reliance on the Master of the World.

Even our non-Jewish friends, if they are sincere, want us to rely on Hashem and not on them. That is why they respect us. As Moshe Rabbeinu says, “See, I have taught you decrees and ordinances…. You shall safeguard and perform them, for it is your wisdom and discernment in the eyes of the peoples who shall hear all these decrees and who shall say, ‘Surely a wise and discerning people is this great nation’ ” (Devarim 4:6).

Our honor and dignity in the world arises not because we belong to a country club or university that previously did not admit Jews, but because we are servants of God.

And so we come to Chanukah, which occurs in the darkest season of the year and commemorates the intense emunah and bitachon of a tiny band of kohanim who defied all rules of statistical probability, prudence and world opinion. These kohanim trained themselves to become totally oblivious to the “logic” by which the rest of the world conducts its existence. 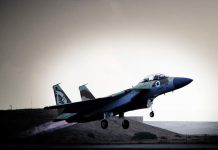 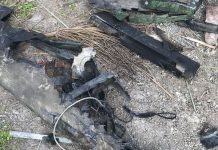