There are many specific and readily identifiable reasons for the failure of “Oslo,” a term that – though originally signifying the accords signed twenty years ago between Israel and the Palestinians – has become a commonplace shorthand for the Middle East peace process.

Most obvious, perhaps, is the plainly unacceptable Palestinian insistence on a so-called right of return – essentially a rejection of Israel’s right to exist – and also the utterly relentless pattern of Arab incitement, one openly urging Palestinians to commit murderous acts of terrorism against “the Jews.”


Yet another important reason, this one still not widely recognized or well understood, has to do with repeated Palestinian Authority/Fatah violations of international criminal law, most evidently the peremptory or incontrovertible jurisprudential obligation to extradite wanted terrorists.

From Oslo’s very beginnings, on September 13, 1993, the Palestinian Authority persistently refused to honor its codified agreement to extradite Arab terrorists to Israel.

Significantly, even if the Oslo Accords had not contained explicit and unambiguous provisions for terrorist extradition, the PA would still have been bound to surrender or prosecute terrorist murderers according to the more general and customary rules of international law.

This basic and always binding requirement to extradite major criminals (hostis humani generis, or common enemies of humankind) exists conspicuously in natural law, which in turn lies at the very center of all national and international legal systems.

This pertinent general principle has a name. It is known in law as aut dedere, aut judicare – extradite or prosecute.

Over the past twenty years the PA has prosecuted and imprisoned some terrorists, but even this tiny handful was detained only for brief periods, and then only for blatantly concocted public-relations purposes.

A good example of such contrivance, many years back, was the grotesque case of Wa’al Salah Nasr, who had plotted to carry out a suicide bombing attack against Israeli children. Following his Palestinian “trial,” which produced a sentence of five years in prison, Nasr was released after three weeks, during which time he had been treated as a local hero.

Not surprisingly, White House spokesman Ari Fleischer said in December 2001 that President Bush felt Palestinian jails should “not only have bars on the front but no longer have revolving doors at the back.”

Nothing ever changed. In part this was because successively misguided Israeli prime ministers were all oddly prepared to release Arab terrorists in a vain search for Palestinian “good will” and because PA leaders knew full well that there would never be any tangible sanctions for non-compliance.

Therefore, not only did the PA invariably fail to extradite or prosecute terrorists, it routinely and deliberately hired the very same murderers into the Palestinian “police” or “security services.”

If this were not bad enough, these starkly anti-American terrorists, who celebrated 9/11 openly and enthusiastically, were subsequently trained by American intelligence agencies and by the Pentagon.

For easy corroboration, the reader need only search the Internet for U.S. General Keith Dayton. It was Dayton who led the preposterous American effort to train Fatah “security forces” in nearby Jordan, all with many millions of American tax dollars.

Credo quia absurdum – I believe because it is absurd. Presumably, American presidents and other political leaders believed that “moderate” Fatah could somehow be used as an effective sub-contractor against “extremist” Hamas. Of course, from an informed American or Israeli point of view, such thinking was always incomprehensible. As everyone in the region understands, there has never existed even an iota of consequential difference between these two core Palestinian terror groups.

There is a long and detailed history here, a humiliating narrative of error from which only the Arab side has ever learned anything important.

Osama Abu Tayeh was arrested by the PA for March 1996 bombings in Jerusalem. Rejecting Israeli requests for extradition, the PA proudly hired Tayeh for the Palestinian police in October 1996.

Yusuf Malahi, the murderer of two Israeli civilians in Ramle on August 26, 1994, was arrested by the PA and set free several weeks later to join the Palestinian police. 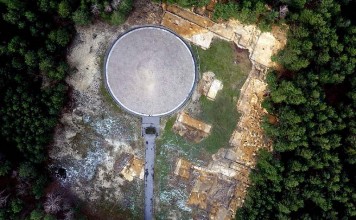 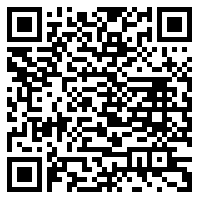