Following the 1929 massacre in Hebron which occurred on the 24th of August, on Shabbat, at the hands of Arab terrorists, hundreds of survivors were confined to just a few rooms at the local police station by the British authorities.  Traumatized and horror-struck, and denied sufficient food and water, two days later, they were evacuated to Jerusalem.

As a result of the tragic events in Hebron, which occurred over the span of a few hours, Hebron was devoid of its age old Jewish community.


As Hebron’s Jews left, plunder by local Arabs ensued, Jewish owned property was transferred into Arab hands as squatter’s rights. Synagogues, some that were used for centuries, were torn down or turned into community toilets. Large parts of the Jewish cemetery were turned into farmland.

As the Hebron victims were brought to the cemetery, Arabs watching the procession began to sing in celebration.

The British authorities’ response was slow and inadequate, furthering the friction between Jewry and the British Government over the Crown’s inadequate measures to prevent terror. Before the violence erupted, when the Hebron Chief of Police, Major Raymond Cafferata was asked to protect the community, he reportedly replied, “The Jews deserve it. You are the cause of all troubles.” Only when the massacre was taking place did he act.

In New York City, 35,000 Jews displayed their outrage as they marched in lower Manhattan to the British Consulate General at 44 Whitehall Street in protest. Some carried banners with anti-British slogans along with American and Zionist flags draped in Black.  One slogan read, “If England can’t fulfill her mandate, let her give it to us.”

In response to the massacre, Arab propagandists accused the Jews of manufacturing evidence, charging the Jews with spreading falsehoods. Realizing the negative publicity, the “Arab Executive Committee” released a statement in response to the British High Commissioner, John Chancellor, on September 1, 1929, who described the violence as “Acts of unspeakable savagery.” Their published denials were entitled, “Scandals of Jewish Propaganda.” It was an audacious attempt to refute the media reports of savagery at the hands of Arabs by claiming that medical examinations by Jewish doctors of the victims were “impartial”.

As in Eastern Europe, where Jews were so often blamed for causing the destructive pogroms perpetrated against them, so too in Hebron.

The Times of London, which was supportive of Jewish Statehood, demanded a committee of inquiry into the violence, “It is the Government’s duty to make clear that our policy in Palestine is not decided by one group that wishes to control another.” (The Jews)

Six months later, a memorial service was held in Jerusalem for the Hebron victims at the groundbreaking ceremony for the devastated Hebron Yeshiva, which was being relocated to Jerusalem.

Rabbinic leaders present addressed the crowd, urging the re-establishment of the Jewish community of Hebron. The Sephardic Chief Rabbi, Yaakov Meir, offered a prayer and called for the rebuilding of Hebron. “We must rebuild and greatly expand the Jewish settlement in Hebron. The merit of Hebron’s martyrs will protect the settlement so that no more devastation will be heard in the land.” He was followed by Ashkenazi Chief Rabbi Avraham Yitzchak Kook, who called on the people not to forget the city of the patriarchs. “Despite the terrible calamity that befell us in Hebron, we proclaim loud and clear that we are as strong now as we were then, (during time of conquest of Biblical Israel) and we will not budge from our land of our aspirations. We must raise the dignity and increase the strength of Hebron, for our roots are planted there.” He concluded his words, “We must rebuild Hebron and increase vim and vigor, while ensuring the peace and safety of every single Jew. Then, with Hashem’s help, we will see Hebron rebuilt on its original site, speedily in our days.”

Two years later, a group of thirty families, totaling 161 individuals led by Rabbi Chaim Bajaio returned to Hebron. However, their effort was short lived as they were again evacuated by the British in 1936 when Arabs terrorists again perpetrated wide scale riots in the Land of Israel. Again, as in 1929, the unjust denial of Jewish rights by the British was an act of capitulation and appeasement. One family, Yaakov Ezra and his son Yosef, managed to remain and they would be forced to leave after the UN (Resolution 181) voted partition of the land on November 29, 1947.

As the State of Israel declared its independence on May 14, 1948, Hebron was again devoid of a Jewish presence.

The 7th step leading to the Cave of the Machpela, which Jews were prohibited by the authorities to ascend beyond for those 700 years stands as a monument to the past. No longer are the Jews of Hebron second class citizens, denied basic rights. No longer are visitors around the world, Jews and non-Muslims, denied the right to visit the holy site.

In May 1979, ten women and their forty children entered the empty Beit Hadassah building in Hebron, which was constructed in the nineteenth century as a hospital. The group stayed in the building without electricity and running water for about a year to assert the rights of Jews to once again reside in Chevron.  Outside, IDF soldiers barred any visitors. Their husbands and supporters brought food and other supplies to the entrance. Their tenacity and perseverance re-established the cornerstone of the Jewish presence in Chevron.

Today, nearly one thousand Jews reside in Chevron and nine thousand in nearby Kiryat Arba. The community eagerly awaits more building permits from the government to increase the Jewish population of Chevron.

The Jewish community of Hebron is the heir of the ancient legacy that connects the Jews to their holy city. They are returnees who came back in the aftermath of the expulsions of Hebron’s Jews to build the future. 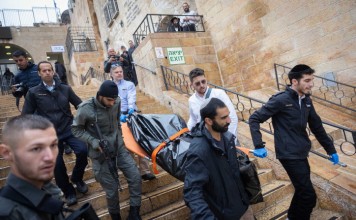 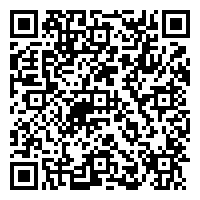