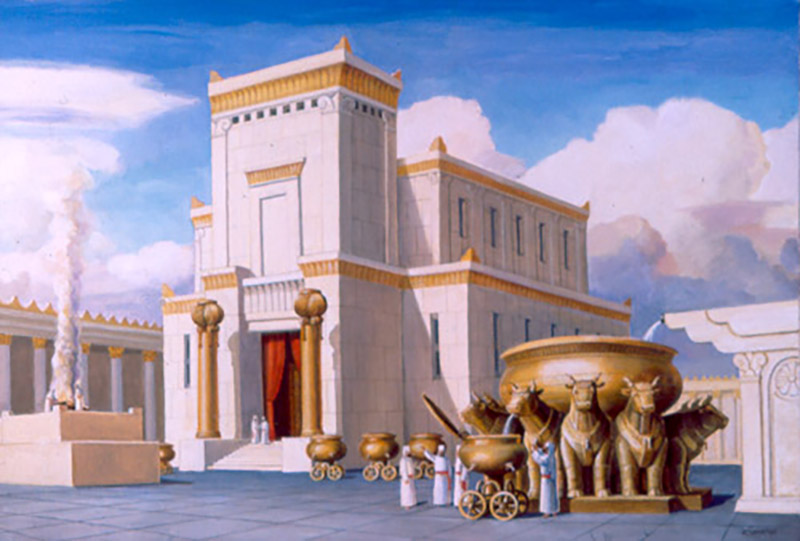 On Motzei Shabbat, thousands of mourners will gather at the Western Wall to lament the destruction of Jerusalem and the Holy Temple. What would it take to rebuild the Temple? Some say Mashiach, but Rabbi Chaim Richman, director of the Temple Institute (Machon HaMikdash), begs to differ.

Founded in 1987, the Temple Institute aims to raising awareness about the Beit Hamikdash and the central role it occupies in the spiritual life of Israel and the world. Visitors to the Institute will discover a wide range of recreated Temple vessels and garments for the kohen hagodol, all made according to exact halachic specifications and ready for use in the Third Temple.


The Jewish Press: Most Jews believe we have to wait for Mashiach to build the third Beit Hamikdash. Why do you claim we can build it now?

Rabbi Richman: When we study the Torah sources on rebuilding the Temple, it becomes clear that the only thing standing in the way is our own desire. Issues such as purity, the identity of kohanim, the location of the mizbe’ach have all been solved through the intensive research of the rabbis of the Temple Institute over the course of three decades.

It is a positive commandment to build the Temple, as the Torah states, “And you shall make for Me a Sanctuary, and I will dwell among you” (Exodus 25:8). This commandment is eternally binding on all of Israel, and every prophet of Israel reminds us that the Temple will be rebuilt, heralding an era of unparalleled world peace.

“Which comes first – Mashiach or the Beit Hamikdash?” is an often-asked question. Various Biblical verses and statements of our great Sages prove that the building of the Holy Temple will precede the arrival of the Mashiach.

This is actually the opinion of Maimonides, who in his famous “Letter to Yemen” quotes an astounding verse from the prophecy of Malachi: “For suddenly the master whom you are seeking will come to his sanctuary.” Quoting this prophecy, the Rambam specifies that the Mashiach will arrive at an already-built Beit Hamikdash.

Doesn’t this statement contradict the Rambam’s declaration in the Mishneh Torah that the Mashiach will build the Third Temple?

In the Mishneh Torah, the Rambam explains that rebuilding the Temple is one of the signs that an individual is the Mashiach. [In other words,] if the Temple has not yet been built, the Mashiach will see to its construction. But the Sages tell us that the building of the Holy Temple [should] precede the arrival of the Mashiach.

The Jerusalem Talmud states, ‘The Holy Temple will in the future be re-established before the establishment of the Kingdom of David” (Ma’aser Sheni 29).

Other references in rabbinic literature also demonstrate that the Mashiach will appear in a generation that has already built the Beit Hamikdash. For example, the Midrash Yalkut Shemoni (Isaiah 499) states: “Our rabbis taught: When the Mashiach arrives, he will stand on the roof of the Holy Temple and shout out to Israel, ‘Humble ones! The time of your redemption is at hand!’”

Don’t we need a king, a Sanhedrin, and a majority of Jews living in the Land of Israel before the Temple can be built?

No. The mitzvah is incumbent on the Jewish people without connection to a king or the Sanhedrin. The Second Temple was built without a majority of Jews living in Israel.

What about a red heifer? Aren’t we all considered impure without being doused with its ashes mixed in water?

Although today we are all in a halachic state of impurity, the Rambam makes it clear in the fourth chapter of his Hilchos Beis Hamikdash that, when it comes to matters of congregational need, tumah is temporarily suspended.

However, we are pleased to reveal that the Temple Institute has been working tirelessly for decades towards raising a kosher red heifer that could be used to reinstate tahara. Today, this innovative program takes the form of a partnership between the Institute and an Israeli cattle grower, and we now have several kosher red heifers that are valid candidates for the reinstatement of tahara. These heifers are being raised under scrupulous halachically-approved conditions.

Do we know the place of the Altar and the Holy of Holies, or is prophecy needed to determine their locations?

We know the exact locations.

So why don’t we build the Third Temple already?

The Temple Mount is officially under Israeli sovereignty, but the government allows the site to be under Muslim control. The only obstacles to rebuilding the Temple are political, not halachic.

Many people ask, “How is it even possible to consider rebuilding the Temple in the present-day political reality? It would enrage the Arabs! It would cause World War III!” But there are lots of things that enrage the Arabs like the Jewish communities in Judea and Samaria and the recognition of Jerusalem as Israel’s capital – even the very existence of the State of Israel.

Even so, we are still thriving here, thank G-d. Building the Third Temple will be no different. In fact, the building of the Holy Temple in Jerusalem won’t bring anger. The Prophets teach that it will bring peace and physical blessing to all mankind.

Could the Temple be re-established without the Ark? Without the Menorah?

Regarding the Ark, we have always known exactly where it is. The Ark is hidden, and hidden quite well, but it is not lost. Tradition records that even as King Solomon built the First Temple, he already knew, through Divine Inspiration, that eventually it would be destroyed. Thus Solomon, the wisest of all men, oversaw the construction of a vast system of labyrinths, mazes, chambers and corridors underneath the Temple Mount complex.

He commanded that a special place be built in the bowels of the earth, where the sacred vessels of the Temple could be hidden in case of approaching danger. Midrashic tradition teaches that King Josiah of Israel, who lived about 40 years before the destruction of the First Temple, commanded the Levites to hide the Ark, together with the original Menorah and several other items, in this secret hiding place.

This location is recorded in our sources, and today, there are those who know exactly where this chamber is.

What’s preventing us from reaching the hiding place?

Government weakness. Fear of the Arabs. In the early 1980s, Rabbis Yehuda Getz and Shlomo Goren, of blessed memory, initiated an archeological expedition and came to an area which led to the chamber of the Ark about 30 meters away. They began to tunnel in that direction, but word reached the Muslim quarter, which resulted in rioting, and the government of Israel put an immediate stop to it and sealed the opening they had made.

On the architectural side, do we know how to build the Temple?

The Sages decreed that the Third Temple is to be rebuilt conforming to the measurements of the Second Temple. That’s why the majority of the Temple Institute’s work and research, both in artistic representation as well as actual Temple restoration, focuses on the many precise Scriptural verses describing the Second Temple.

Computerized architectural blueprints utilizing the latest state-of-the-art technology have already been drawn up by a team of architects who are also accomplished Torah scholars. These plans include many halachic innovations such as underground parking and wireless technology that can streamline access to the Holy Temple, taking into consideration the reality of present-day Jerusalem and the need to accommodate all the pilgrims who will flock to Jerusalem for the festivals.

Are kohanim ready to work?

The Temple Institute operates a special yeshiva called Nezer HaKodesh for training kohanim in all aspects of the Temple service. The Institute also creates the required attire tailor-made for individual kohanim since each kohen serving in the Beit HaMikdash needs garments that fit him perfectly.

Are the people of Israel ready for the Temple? Are we on a high enough spiritual level?

It is mistaken to think that we are not ready to build the Temple, or that we are not on a high enough spiritual level. Building the Beit Hamikdash is one of the 613 commandments, as the Torah states, “And they shall make for Me a Sanctuary.” In fact, fully one-third of all the Torah’s commandments are connected to the Holy Temple.

Nowhere in the Torah is Israel obligated to be on an elevated level before fulfilling any of the mitzvot. We are commanded to eat kosher and keep Shabbat whether we are tzaddikim or not. The same is true with building the Temple.

The Jews who returned from Babylon were not on the highest spiritual level by any means, yet they rebuilt the Temple all the same. The majority of the nation’s scholarly elite remained in Babylon where they had wealth, influence, and academies of learning. The Shechinah did not return to the Second Temple to the same degree as in the First because the majority of exiled Jews did not return to Israel – not because of the spiritual shortcomings of those who did make aliyah.

In fact, it is the building of the Holy Temple itself which will unite Israel and bring about an unprecedented wave of national repentance and ahavat chinam of fellow Jews.

Should the building of the Third Temple be of interest to Gentiles, or is the Beit Hamikdash like a private shteibel only relevant to Jews?

The prophets emphasize that the Third Temple is the secret of world peace and harmony, and the hope of all mankind, as Isaiah foretold, “And is shall be at the end of days, that the mountain of the Temple of Hashem will be firmly established as the head of the mountains, and it will be exalted above all the hills, and all the nations will stream to it.” 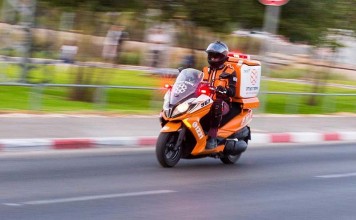