The Forum of Jewish Organization, which represents Jews in Flanders, says it will file a criminal crimes complaint with police against journalist Dimitri Verhulst after one of Belgium’s most important newspapers, De Morgen, published a column he wrote viciously attacking Jews. Condemning the column as “rabid antisemitism,” the FJO provided a number of examples of the writer’s rage against Jews.

“We will explicitly and for the first time opt for a criminal procedure,” said FJO spokesperson Hans Knoop. “The column is not a criticism of the policy of the State of Israel, which is legitimate, but it is an anti-Semitic manner for the entire Jewish people.”


Verhulst wrote in his July 27, 2019 column “There is no promised land. There is only stolen land.

“Because God has His favorites and His Chosen Ones should have their privileges, Palestinians were driven out of their homes in 1948 to make way for God’s favorites,” he wrote. “Moses wrote it down, the Chosen People heard it there and nowhere else, so that counts as an argument.”

Verhulst also contended that the State of Israel was guilty of “murdering” 10,000 Palestinians over the past 17 years, writing, “The Jews act harshly against the Palestinians because they call themselves ‘chosen by God. . . .

“Talking to the Chosen is difficult. As soon as you start talking about Israel and the fate of the Palestinians, they look at you as if you have subscribed to the Holocaust, which is your purest bilge,” he wrote.

“Being Jewish is not a religion,” he also wrote, adding “no God would give creatures such an ugly nose” – a misquote of anti-Semitic singer-songwriter Serge Gainsbourg who wrote, “No religion makes you grow such a nose,” according to the British Jewish Chronicle news outlet.

In an op-ed for the Netherlands-based ND newspaper, Rabbi Binyomin Jacobs also responded, calling the column “pure antisemitism” and saying he was “concerned the newspaper had published it.”

The FJO did not take legal action against the De Morgen newspaper itself. 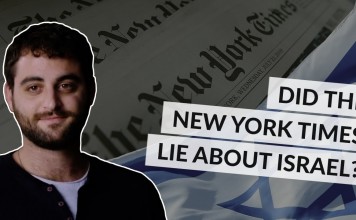 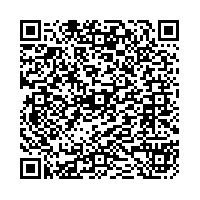