They were both extraordinary journalists and friends, and they are very missed. Bill Safire took no prisoners. He wrote angry columns that exposed news about Republicans, Democrats, conservatives, and liberals alike. He didn’t care. Malfeasance is malfeasance, and it was that kind of intellectual integrity that won him not only the Pulitzer but the respect of so many people in the profession. He also was tremendously supportive of reporters and worked with a lot of us to help us develop our stories.

A.M. Rosenthal was, in my view, the greatest executive editor The New York Times ever had. He really believed in striving to be as objective as you can and he did not believe in letting the opinions of his overwhelmingly liberal staff seep into the news coverage. It had to be straight down the middle.

On his tombstone there is only one sentence, and I think it’s emblematic of his commitment to our profession. It reads, “He kept the paper straight.”

What about today? Many conservative Americans think the Times’s news stories read like editorials. Is that accusation valid?

Some people on the Left claim the Bush administration used you in the lead up to the Iraq War to disseminate false information about the existence of weapons of mass destruction in Iraq to your readership. How do you respond?

Many people continue to believe the bumper sticker slogan that helped get Obama elected in 2008, which is “They lied, people died.”

My sources [for the WMD stories] were the same sources that had given me information about Bin Laden and Al Qaeda and turned out to be right. They were reliable, trustworthy, intelligent individuals. They were not senior officials spoon-feeding me anything. That’s simply not true.

So did your sources mislead you? Were they themselves misled?

They were wrong. If you look at any of the bipartisan investigations – the Senate Select Committee on Intelligence report or the Robb-Silberman Report or Charles Duelfer’s extraordinary Iraq Survey Group report – all of them say that the intelligence was just wrong. The analysts were wrong. They didn’t lie and they weren’t pressured into giving estimates they didn’t believe.

With a Jewish father and a name like Judith Miller, do you think you were perhaps targeted by the Left because you seemed to fit into this larger narrative of neoconservatives – often identified as Jewish – driving us to war?

Well, that’s another false assertion – that I’m this closet neoconservative. I’m a ruggedly independent thinker. I don’t belong to a political party, and I haven’t since I was the Times’ deputy bureau chief in Washington.

Is there an element of anti-Semitism in the neocon charge? I resisted that thought for a long time, but when you realize that some of the neoconservative thinkers who happen to be Jewish are also passionate advocates for Israel – which is also unpopular with many in the Left – you begin to wonder whether or not there is something to that charge, at least among some of the people.

Your testimony was crucial in the 2007 conviction of Scooter Libby for illegally divulging to reporters that Valerie Plame worked for the CIA. You write in The Story, however, that in hindsight you might have recalled your conversation with Libby incorrectly and point to research showing that our memories often deceive us. Can you explain? 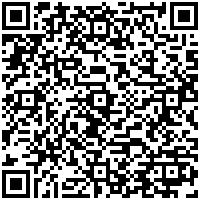