Trying one’s hand at something new is always risky. In the 1990s Michael Jordan learned the hard way that excellence in one field – basketball – doesn’t necessarily translate into even mediocrity in another – baseball.

The Jewish Press: What led you, a successful composer, to write a novel?

Rotenberg: Well, I’ve always been writing. As a lyricist you obviously write – even if the form is different. But the plot of the novel came to me one morning on the way to shul three years ago. It started at the end of my block, and by the time I got to shul – it’s about a 15-minute walk – I had the outline of the book in my head.

Is the book primarily for frum or non-frum readers?

I hope the majority of copies go to Jews who really don’t know that much about Yiddishkeit. At the same time, though, we have so many kids today who really don’t understand the basics of Judaism. In school, they learn how to read a Rashi and maybe how to understand a line of Gemara but sometimes hashkafa is not laid out properly, and if you try to teach it to them in an organized fashion, it’s very boring. So a book like this where principles of emunah are embedded within a baseball story is something even our kids will hopefully gain from.

Let’s turn to music, which is of course the source of your fame. How and when did your career in music begin?

I was musical as a child. I sang in a choir, and my father, who was from Europe, played piano and loved chassidic niggunim and zemiros, so there was always a lot of singing in my home. Already in high school I think I composed a couple of songs.

Then when I got into Yeshiva Chofetz Chaim in Queens I was learning b’chavrusa with Rabbi Label Sharfman. He was one of The Rabbis’ Sons [a music group active primarily in the 1960s and ‘70s], so naturally we talked about music. He got to hear my compositions and liked them, so we decided to do something together – and that became D’veykus.

Baruch Hashem my music was accepted and enjoyed by people right away, so I became known as a composer of niggunim.

It wasn’t until the mid-80s that I started to write English songs, and those were the Journeys albums with pieces like “It’s Time to Say Good Shabbos,” “Mama Rachel,” “Memories,” “The Ninth Man,” “The Atheist Convention,” and “Joe DiMaggio’s Card.”

It’s a very different process. When you compose a niggun, you try to understand the feeling David HaMelech put into that particular pasuk, and if done successfully the song can become a kind of peirush on the words. When you write an English song, though, you’re really thinking of a theme or a message and the song almost becomes secondary.

How do you come up with your English songs? Is it sudden inspiration or do you sit down and go through a hundred drafts?

I have songs that I wrote in one evening, and I have songs that took me years to finish. For example, I wrote a song for a HASC concert about special children called “Who Am I?” which was composed in a burst of inspiration. I started writing between ten and eleven o’clock at night and finished at around three in the morning. 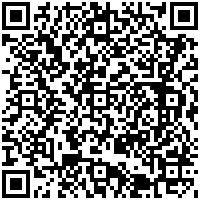