I happen to have a natural hamminess. That’s just how Hashem created me. So I figured I could squelch it and try to make it go away, or I could serve Hashem b’chal levavcha – with my yetzer hatov and my yetzer hara. So I use the external stuff Hashem gave me to get people listening. And then, once they’re listening, I talk about the deep stuff. I think it’s OK as long as I get that the external stuff and the spotlight is not the goal – it’s simply a vehicle to get to the goal.

In terms of tznius, my understanding of tznius is that I have to dress and act appropriately and not run to the spotlight just to be in the spotlight, but if or when you have a message to give over then you must. Does being in the spotlight expose me at times to gross men who are not doing their part in being tznius? Unfortunately. But I try not to focus on that part and remember why I’m doing what I’m doing.

In his speech, Rabbi Daniel Cohen spoke about not imposing but exposing. Do you view what you do as kiruv, at least partially?

Well, I guess it depends on how you define kiruv. I think kiruv ought to be putting out the information honestly and accurately and letting the person figure out what it means to him or her. I think, unfortunately, at times kiruv can come with the idea of “I’m going to make him frum.” So we’re not that kind of “kiruv.”

I’m a big believer in the idea that the Torah sells itself. We’ve got the goods. We just need to shine them up all nice and pretty. So that gets back to your original question about how the event had a feeling of not being “limiting.” We want to show that within the confines of Jewish law, there is more room for physical enjoyment and self-expression than people might realize. The ultimate goal is serving God, but there is still plenty of room for “self” in that mix.

I’ve long felt that most of the kiruv organizations out there (or exposing organizations, if you will) are from the haredi sector, which is certainly well and good. But it can leave both non-frum Jews and the general populace with a narrower picture of Orthodox Judaism. I know many Jews in the Modern Orthodox world who feel they have something to offer.

Most Jewish outreach is being done in the haredi sector. I think many Modern Orthodox Jews feel self-conscious about being too pushy or missionizing, and shy away from kiruv. But maybe some are interested too.

I’m a big believer that there should be many approaches offered. I am an alum of Darche Noam (Midreshet Rachel) and I learned to respect teachers and rabbis from across the spectrum. So any time I guide someone who’s interested in learning more, I suggest they visit all sorts of families and communities. Because what worked for me doesn’t necessarily work for someone else. I wish all people working in outreach had this approach. We shouldn’t box people in. We should hope to inspire them to be growth- oriented, intellectually honest, spiritual people. But what that looks like is not just one type.

In your videos you appear to be open to addressing almost any topic. But aren’t there some topics that are just difficult to explain to the modern Western mind, such as the Torah’s view on homosexuality and bris milah, or the Jewish war against Amalek?

The videos are always made with humor – which we do in order to keep people watching. So I don’t think that is the right place to discuss difficult topics. Because they require sincerity and seriousness and I don’t think that would translate well on film. So we handle those topics through articles and Q&A’s instead. 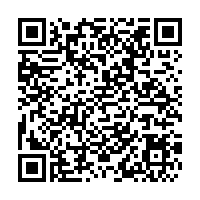