Christopher Tran’s sister was there on the beach watching the whole thing – and frantic.  Finally, the rescuers brought her brother onto the sand. “The kid was okay, thank God.  No CPR, he went to the hospital for observation. I guess he drank a lot of water.”

Cops and yeshiva boys don’t normally do water rescues; nevertheless, Mammon was confident and determined. Where did he learn how to swim? Did they teach water rescue in the NYPD Police Academy?

“They do have basic swimming, but I think I was not there on that day,” Mammon says, laughing.

The Talmud, in Kiddushin 29a, says a father has certain obligations towards his son, among them, “to teach him to swim in water.”

Mammon smiles and says that his mother taught him to swim – his father was busy working.

Before leaving Florida, Bal Harbour Police Chief Mark Overton expressed his department’s gratitude to Mammon, promising to send a letter to NYPD stating, “We thank God that he was at the right place at the right time.” Back in Brooklyn, Albert Mammon was awarded a proclamation from State Assemblyman Bill Colton and a City Council proclamation from Councilman Mark Treyger – both honoring him for heroism.

This charmingly reported story about Officer Mammon introducing two single people who later decided to get married went viral on mainstream and Jewish media, garnering hundreds of comments, portraying Mammon as a reincarnation of Yente the Matchmaker.

Two examples: “The solution for the shidduch crisis is in the hands of the NYPD” and “Hashem has many messengers indeed.” There were also comments asking Mammon to find marriage partners for others.

The story, as originally reported, was true, but then spun out into a fairytale, propelled by assumptions that weren’t, after all, based on facts.

Facts: It was a dark, quiet night in Coney Island on May 23, 2012.  At 11:30 p.m., Officer Mammon was on duty, patrolling the Coney Island Boardwalk.  He saw three young Jewish women, about 17-18 years old, in long skirts, sitting on a bench and talking, seemingly oblivious to their surroundings.

Concerned for their safety on a practically deserted stretch of boardwalk, Mammon recalls, “I came up to them and said ‘You guys have got to be careful, look around, make sure you don’t put your head down.’”

He then continued his patrol. “As I drove up the boardwalk, I saw three Jewish boys, wearing yarmulkes. I started talking to them. I asked, ‘Are you married?’ They said no, they were in their 20s. I said, ‘Why are you guys here by yourselves?  There are three girls over there by themselves. You should sit over there.  It would be good security for them. There’s nobody on this boardwalk.  At least they’ll be safe with you.  Tell them Officer Mammon said that.  What’s the worst that could happen – a shidduch?’  Sure enough, they went over there to the girls.  I found out, months later, that two of them were getting married to each other. I didn’t expect all that to happen!  From what I was told, somebody got a hold of the story and told it to a newspaper.”

Did they invite Mammon to the wedding? “Yes, they did.”

But the mitzvah here had nothing to do with arranging a shidduch. It had everything to do with trying to insure the safety of young adults unaware of the potential danger surrounding them – a mitzvah right out of the NYPD Patrol Guide.

The bottom line on his matchmaking abilities, expressed with a smile, by the young, as yet unmarried 36-year-old officer: “I’m trying to match myself.  I haven’t matched myself up, yet!” 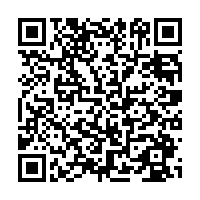