During the summer of 1938, with an urgent situation facing Jews in lands under control of the Nazi regime, thirty-two nations gathered in Evian France to find a solution to the Jewish refugee crisis. German, Austrian, and Czech Jewry were desperate to leave but few nations would accept them beyond their meager quotas. At Evian, nothing was resolved, as delegate after delegate on behalf of their respective nations refused to expand their meager quotas. Then representative of the Jewish Agency at the time, Golda Meir (then Meyerson) who attended the conference said that, “nothing was accomplished at Evian except phraseology.” At a press conference, she stated, “Before I die, my people should not need expressions of sympathy anymore.” The London Jewish Chronicle predicted that the Evian Conference, “will be numbered among the many conferences whose name is failure.”

The horrors of Kristallnacht, November 9, 1938, exacerbated the German Jewish refugee crisis as Nazi hordes swept over Jewish communities in Germany inflicting destruction and terror, removing any doubt that the hour of German Jewry’s demise was near. Nearly one hundred Jews were murdered and thirty thousand were sent to concentration camps. Five hundred synagogues were burnt down and over 7,000 Jewish businesses were destroyed. Over two hundred thousand German Jews had not yet left and 200,000 Jews of Austria were under German occupation, which was seized and occupied by the Nazis after the Aunchlus (unification) as of March 15 earlier that year. In addition, the Jews of the Sudetenland, handed over to Germany in the aftermath of the Munich accords, were then under Nazi control. Exactly, one year later, on March 15, 1939, the Germans seized all of Czechoslovakia.

A full page advertisement in the London Jewish Chronicle one week later in an appeal for German Jewry simply stated, “HELP! Before it is too late.”

The British did react with a gesture. The Kindertransport presented to the British Parliament on November 15, 1938, allowed for 10,000 German and Austrian Jewish children to be brought into Great Britain. The first train left December 10, 1938 with six hundred children.

Many Americans realized after Kristallnacht, known then as ‘Black Thursday,’ that along with the Jews, all Western civilization was in danger. One newspaper, the Cleveland Plain Dealer noted that “The Jews are not the sole sufferers. This is a pogrom against Christian civilization itself. Decent world opinion and civilized governments cannot remain indifferent or silent.”

United States President Franklin Delano Roosevelt did extend the visas for 12,000-15,000 German Jewish refugees who were already in the US as visitors but would not change US immigration policies. At a White House Press conference, Roosevelt expressed shock at the news of the pogrom, “I myself could scarcely believe that such things could occur in a twentieth century civilization.” When asked if immigration restrictions would be relaxed, he responded, “This is not in contemplation. We have a quota system.”

Roosevelt’s position mirrored the views of most Americans. According to a Fortune Magazine poll after Kristallnacht, 83% of Americans opposed enlarging quotas, 8.3% were undecided, and 8.7% were not opposed. Years of demagoguery and anti-Semitic hate mongering by the likes of Father Coughlin and Gerald K. Smith had its impact. There was revulsion at the violence but a continued unwillingness to respond meaningfully.

However, President Roosevelt could have nonetheless still taken action. Economic sanctions could have been imposed on Germany. Refugees could have been permitted to settle temporarily in a U.S. territory such as the Philippines or the Virgin Islands.

Jewish organizations did not protest. There were no rallies, no protests, no significant effort mounted to call for refuge. Influential leader of the American Jewish Committee, Samuel Rosenmann stated that bringing in refugees “would create a Jewish crisis in the USA.”

Some members of Congress sought action. The Wagner- Rogers Bill proposed admitting 20,000 German Jewish children under the age of fourteen, but it was rejected by congress in February 1939. It never came to a vote.

According to Laura Delano Houghteling, the wife of the Commissioner of Immigration, and a cousin of FDR, the problem with the Wagner- Rogers Bill was that, “Twenty thousand charming children would all soon grow into 20,000 ugly adults.”

One nation offered sanctuary; the Dominican Republic under Rafael Trujillo. Dominican law #48 proposed on December 23, 1938, agreed to accept one hundred thousand Jewish refugees on their Caribbean island nation, but they were pressured by none other than the U.S. State Department to rescind their offer.

What about refuge in the Land of Israel and the promises made by the British Balfour Declaration in 1917 (supported by Western nations) and the League of Nations San Remo Conference in 1920 to facilitate the creation of a Jewish State?

On November 16, 1938, less than a week after Kristallnacht, the New York Times expressed its opposition to Jewish statehood in an editorial, entitled, “The Refugees,” declaring that Palestine is no answer.” They reasoned; “Even if that small state were capable of supporting a much larger population than its most enthusiastic friends believe, Palestine would serve as a refuge only for a comparatively small number of Jews, and the problem of the refugee is not limited to any group.”

Tragically, the voices in support of Jewish immigration to “Palestine” were not loud enough.

On May 17, 1939, the British Government caving in to Arab pressure and Arab terror, issued the MacDonald White paper which limited total Jewish immigration into Palestine for the next five years to 75,000, negating the prior promises of Jewish Statehood. The Jewish Agency responded despondently stating, “It is the darkest hour of Jewish history that the British government proposes to deprive the Jews of their last hope and to close the road back to their Homeland.”

Throughout the 1930s, nations of the world were far too tolerant of Nazism and reluctant to take any action to ameliorate the sufferings of Jewry. Not coming to terms with the emerging Nazi threat that would soon endanger them as well.

In today’s times, western nations have been far too tolerant of the forces of radical Islam which includes the ruling regime in Iran, Isis, Hizbollah, Hamas, and other terror groups.. They threaten Israel and the West as well.

Those who spoke out against the rise of Nazism in the1930s were often labeled as war mongers. Today, those who cite the threats posed by radical Islam face the same labels and similar criticisms.

After Kristallnacht, some members of the Nazi regime openly called for the genocide of the Jews. In today’s times, the Iranian regime and its supporters call for the destruction of Israel. Somehow, then and now, this rhetoric is deemed by too many to be acceptable.

Once again, the Jewish establishment maintains its silence in the face of the current threats, fearing the reaction of the outside world as it did seventy years ago.

The horrors of Kristallnacht shocked the world and signaled the extreme dangers posed by the Nazi regime to the Jews and all humanity. 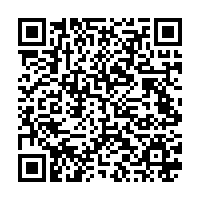