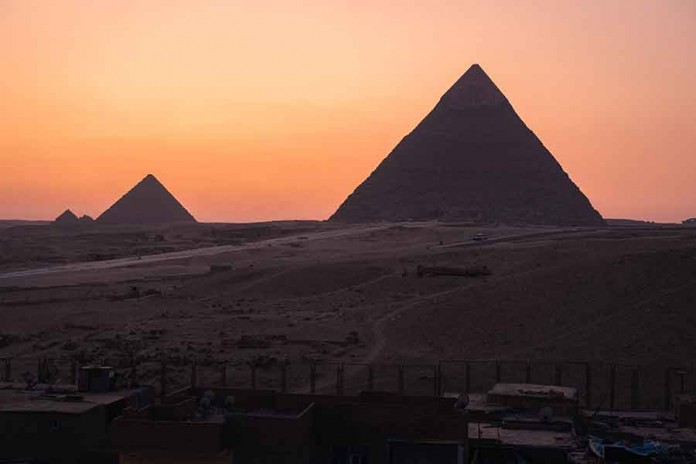 Rabbi Avigdor Miller, zt”l, observes that when the Torah records historical events, it invariably starts the narrative with the letter vav. We find in this week’s parsha, for example, “Vayeitzei Yaakov mi-Be’er Sheva…” Other examples are:

Rav Miller further points out that the letter vav appears not only with regard to past events, but with future prophecies as well.

He explains that the reason for this preponderance of the vav, which is a prefix that means “and,” is to convey a fundamental Torah lesson about history. Jewish belief is that history is not a random collection of occurrences subject to the whims of fate. Rather, the events of mankind are based on cause and effect in a finely woven tapestry, sequential in nature and subject to what has gone before. What the Talmud calls the “connecting vav” is used to convey this all-important message.

The story of the Exodus also begins with the connecting vav. When the Jewish people went down to Egypt, the Torah begins, “V’eileh shmos B’nei Yisroel… – And these are the names of the Jewish people who came down to Egypt.” So too, the next parsha, which discusses the bulk of the plagues, begins with a vav: “Va’eira – and I (G-d) appeared.” This is a perfect example of Rabbi Miller’s theme, for our tragic persecution in Egypt was a direct result of historical events that preceded that horrific era. The Torah reveals to us that it was the enmity of the brothers to Yosef and their selling him as a slave, that was the primary cause for their descent to Egypt and being forced into slavery by the cruel Pharaoh. Furthermore, going back a little farther, it was Yosef’s evil tidings about his brothers to Yaakov that caused the slanderous accusation against the Jews by Pharaoh: that if Egypt were attacked, the Jews would join the enemy and topple the empire. (As an aside, this would be a precursor of history throughout the ages, when Jews would be falsely accused by their host nations of harboring traitorous designs toward the countries in which they resided.)

If we want to look for more connections we could go back even further. The Gemara tells us that it was Avraham Avinu’s request to Hashem, “With what sign will I know that my descendants will inherit the land?” that caused his descendants to be punished with a difficult stay in a foreign country. Avraham Avinu, on his very lofty level, was expected to trust Hashem completely – without asking for signs.

The connecting vav of Purim, “Vayehi bimei Achashveirosh,” links Esther’s reign over 127 provinces (an unparalleled feat in the annals of history that a Bais Yaakov girl should be the First Lady and rule over the entire civilized world, and rule not from a Jewish throne but from a Persian one), is directly related to the fact that she was the worthy descendant of her great ancestress Sarah Imeinu, who lived 127 perfect years. So too, the rise of Haman and his horrifying threat of annihilation to our people was a direct result of King Shaul’s misplaced mercy for the Amaleki king, Agag, many years before. This sin of omission by Shaul, who failed to exterminate Agag immediately – an act that would cause Shaul to be rejected by Hashem and lose the throne – allowed Haman to come into existence. About this, the Gemara in Megillah teaches us that in the interim between the time Shaul captured Agag and his execution, Agag and his wife, M’dosa, managed to have a child who would be the ancestor of Haman. This is why Haman is introduced to us in the Megillah as “Haman ben Hamdasa HaAgagi.” And, to come full circle, the vav also indicates that it would be Esther, a descendant of Shaul, who would repair his mistake – and she would do it partly with her trait of secrecy and modesty that she inherited from Shaul.

The Navi in Shmuel reveals to us that when Shaul was given the news that he would be the next king, out of modesty he failed to inform his uncle about this news. Furthermore, when Shmuel HaNavi wanted to introduce Shaul as the next king of Israel, Shaul disappeared and was nowhere to be found. Hashem had to reveal to Shmuel that Shaul was hiding amongst some vessels, modestly shunning the limelight of Jewish monarchy. In this merit, he merited to have a descendant, Esther, who would conceal her identity as the queen – to bring it forward and make herself known only at the most propitious moment to save the b’nei Yisrael. Going back still further, we find that Shaul acquired this attribute of modesty from his great ancestress, Rochel Imeinu, who kept secret from Yaakov the fact that she was switched with Leah at the chupah, and handed over the secret password to her sister in order to save her from terrible shame and exposure.

May it be the will of Hashem that we be the last link in Jewish history and see the coming of Moshiach speedily and in our days.