I just want to recount a hurtful incident that occurred recently. I went to a supermarket in Boro Park for my Pesach shopping along with three Argentinean Jewish friends. They were wearing jeans but were appropriately covered. As we entered the store, a middle-aged man with a beard went up to the three women and in Spanish asked, “Are you Jewish?” When they replied that they were, he said, again in Spanish, “Well, if you are Jews then dress like Jews.”

If you are reading this, sir, just know you caused an incredible desecration of God’s name and nearly drove away three women looking to buy their only kosher for Pesach food for their homes. Are you happy now?

I watched the news last week with horror. Not because of the alleged mishandling of Mr. Arthur Schick by the police, but because of the inexcusable reaction by members of the Boro Park community. What a chillul Hashem! For Jews to behave in such a way… I almost have no words to describe how inappropriate this was.

Furthermore, I heard on the news the next day that many in Boro Park are upset about the “ongoing ticket blitz.” Well, guess what? You’re actually not allowed to talk on the cell phone or double-park (or triple-park, for that matter). So, yes, the police are going to give tickets. You live in New York, you’ve got to follow the laws. Speak to almost anyone from “out of town” and they will tell you that they hate driving in Boro Park. It seems that the mantra there is “bishvili nivra ha’olam.”

Why give people reason to judge us harshly? We are b’nai Hashem – let’s start acting like it.

While I was disturbed to hear the allegations that two policemen from the 66th precinct were unnecessarily rough on an elderly Jewish man when he was pulled over for driving while using his cell phone, what was even more disturbing was the behavior of teenage yeshiva students who took to the streets, setting off bonfires and burning a police car.

While I don’t expect them to be learning all day now that yeshiva is out for “bein hazmanim,” they should at least have the common sense to behave respectfully and not make a chillul Hashem. There is so much emphasis in our yeshivas on being careful with every single mitzvah we do on Peasch – on removing every crumb of chometz. Maybe a bit more emphasis should be placed on the spiritual chometz within.

Whatever happened to “Derech eretz kodma latorah”? (Maybe if it were mentioned somewhere that derech eretz is an important minhag it would have more credence.)

The Haggadah presciently admonishes us that “in every generation there are those who rise up to destroy us.” Today, we are plagued by genocidal Iranian leaders and Arab terrorists. Is it not therefore incumbent upon the Israeli government to cease the mad exodus from biblical lands?

Stop the craven concessions – dayenu, it would be enough for us.

Stop the immoral expulsion of Jewish pioneers – dayenu, it would be enough for us.

Stop the territorial withdrawals – dayenu, it would be enough for us.

Let us hope that at this year’s seder Israelis will comprehend and subsequently actualize the ultimate tenet of Passover – the miraculous return of the Jewish people to all sectors of the Promised Land.

In recognizing the meaning of such momentous events, Israelis will wisely pass over Quartet road-map enslavement for national freedom and “a new light will shine upon Zion.”

Next year may we celebrate the Festival of Freedom in an undivided Land of Israel and its indivisible eternal capital, Jerusalem.

I am deeply troubled by Moshe Feiglin’s declaration that Arabs, to whom he ascribes Ishmaelite ancestry, are, like Ishmael, “wild men” who “live by their sword – by robbery” (column, “Terror Is Not the Enemy,” March 31).

I am disturbed on several levels. First of these is the supposition that today’s Arabs descend from Ishmael. This blanket assessment fails to account for the commingling of peoples over the centuries. Some Arabs probably descend from Ishmael, but they descend as well from other ancestors. Even within one Arab country, such as Egypt, the sources of descent vary widely among the citizens. Taking into account the vastness of the Arab world, its ancestral sources are certainly many and varied. (Some Arabs may even descend from Jews!)

Second, Feiglin assumes that because Ishmael had a particular trait, all his descendants share, and are primarily governed by, this trait. Even if we grant this assumption, should we likewise grant that a person cannot overcome his innate tendencies? If that is true, then the person cannot be faulted for his malevolent acts, whereas they stem from a trait over which he has no control.

Moreover, the Talmud teaches us that Ishmael, toward the end of his life, repented and died a righteous man. If Ishmael, the “wild man” himself, was able to win his inner struggle, then certainly his descendants have the ability to do so.

Most disturbing is Feiglin’s willingness to tar an entire group of people with a negative brush. Jews have suffered greatly from just this sort of prejudice. We must be equally wary about casting other groups in a broad, negative light.

Since an Olmert-led government would likely hand over much of the Jewish heartland of Judea and Samaria to Israel’s genocidal enemies, one has to respectfully ask whether Rabbi Elyashiv is concerned with Hamas’s stated goal of destroying Israel. Degel HaTorah cannot feign ignorance. Hamas has openly and brazenly stated that the destruction of Israel is its ultimate goal.

It is clear that Degel HaTorah’s political maneuvering is dictated mainly by its interest in fattening the coffers of its religious institutions. That this political/religious movement calls itself “flag of the Torah” is beyond obscene. How can it be that a Torah-abiding party would have a hand in policies aimed at disassembling the heart of Eretz Yisrael – policies that will lead to great shedding of Jewish blood once Hamas gains hold of Judea and Samaria?

The word “disgraceful” does not even begin to describe Degel HaTorah’s treacherous behavior.

Agreed, the need for attending simchas or, Heaven forbid, levayos, has been established. When may one may leave such functions and what are the host’s responsibilities to the sensitivities of his guests?

At weddings, the time devoted to being mesameyach choson vekalah seems indeterminate, subject to the enthusiasm of friends. Other types of simchas are often un-programmed and become a drag. Aside from the halachic issues involved with bentching, the fact is that after four hours, many people have just had it. This creates a dilemma those who made the effort to share in the simcha but now must either suffer the embarrassment of leaving early or sneak out.

At levayos, kavod hameis has come to be associated with the number of eulogizers and the length of their eulogies. This presents an unfair situation to those who have taken time off from work or other responsibilities and as such are embarrassed at having to leave “early.” Further, such people are unable to accomplish the mitzvah of levayas hameis properly.

Not starting on time is another serious factor in the equation.

When are “Reasons to Celebrate” over?

M. Katz
Brooklyn, NY
Israeli Rabbinical Leaders
Must Fight Gay Agenda
The eyes of the Torah world and a fair amount of the secular world have been focused on the coalition negotiations in Israel. It seems that Olmert’s Kadima will be sitting with the left-wing Meretz party that plastered Israel with posters declaring love and support for homosexuals. The Israeli homosexual organizations, as reported on YNET, have insisted Meretz have pro-homosexual stipulations included in the Meretz coalition agreement with the Olmert government. Yet so far the religious parties have not inserted a strong anti-homosexual parade paragraph in the religious coalition agreement with Olmert. Is this possible?

Shas and United Torah Judaism will also join the coalition in part to provide desperately needed funds for the poor, yeshivas, etc. Will the leading rabbis and politicians insist that the homosexual parade in Yerushalayim and the international week-long homosexual extravaganza scheduled for this August be canceled?

For almost three decades, the Agudas Harabonim – Union of Orthodox Rabbis of the U.S. and Canada – has followed the lead of its revered late president, Rabbi Moshe Feinstein, zt”l, who vigorously and actively opposed the homosexual agenda, its social goals and legislative initiatives. Rabbi Feinstein declared it a sacred obligation for all Jews to do everything in their power to oppose pro-homosexual legislation.

It is clear to members of Agudas Harabonim that Rav Feinstein would have insisted that a strong ironclad stipulation be included in the coalition agreement to prevent any type of pro-homosexual parade in Yerushalayim or any other part of Eretz Yisrael.

Agudas Harabonim urges the political parties and their leadership to prioritize this issue of the sanctity of our People and Land. This is an issue of vital concern to worldwide Jewry.

We know the Torah warns us not to permit the maaseh kenani practices of the Canaanites – which our rabbis interpret as homosexuality – to reoccur in the Holy Land, Our question to the rabbis: Aren’t these verses applicable to the situation in Israel today – specifically the push there for homosexual benefits, adoption rights and, yes, homosexual marriage? What signal does it send to the rest of the world if the haredi parties do not fight to the last shekel to prevent this ongoing and ever-burgeoning scandal and blasphemy?

We respectfully yet firmly and urgently request that the assistants to the Torah leaders alert them to the ramifications of this issue and let them know that the anxious eyes of millions of Jews and billions of Christians and Muslims are monitoring this situation. 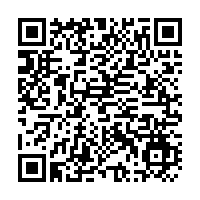