I was appalled to read of the attack on haredi members of the IDF by fellow haredim (“Meah Shearim Residents Attack Haredi Soldiers,” news story, May 24).


All Israelis should worship the ground IDF soldiers walk on. Who else makes the difference as to whether Israelis live or die? Aren’t we taught in the Talmud that we are not to rely on miracles in our daily lives?

These soldiers continuously put their lives on the line for Meah Shearim residents and still have to take these kinds of insults and attacks? The last time I looked, a public street runs through Meah Shearim. Are the attackers equating young people in uniform with immodestly dressed females whom they rail against as well? This has gotten out of hand.

I’m very sorry, but I don’t understand all the talk about a “dilemma.” The Polish government does not want to get behind a policy that would make it mandatory that what was wrongfully taken from Jews during the Holocaust period be returned. How can that be seen as causing a dilemma? Because the Poles might get upset? Surely you jest.

The consequences of the Holocaust perpetrated by the Nazis and their cohorts can never be completely reversed. But justice requires that we do whatever is necessary to reverse whatever we can. Stand proud as a Jew. When they took our property they tried to take our dignity as well. Don’t let them succeed.

As a former journalism teacher, I applaud your using New York Times editorials as the launching pad for your own editorial comments on the Times’s arguments (“The Threshold Question,” May 24).

Whatever anyone says about their biases, the Times’s editorials are well-written and researched, offer a distinct point of view and speak for many Americans on particular issues. I therefore find your point by point refutations a valuable and informative dialectic.

Chofetz Chaim On Disasters (I)

In his excellent The Shmuz column of May 17, Rabbi Ben Tzion Shafier cited the reaction of the Chofetz Chaim, universally considered the preeminent sage of the 20th century, to an earthquake in Tokyo that cost over hundred thousand Japanese their lives. In sum, the Chofetz Chaim viewed this tragedy as a wakeup call for the Jewish people to repent.

This fundamental principle is expressed by Rashi, who comments on the first word of the Torah, bereishis, that the world was created for Israel. I imagine readers Jacob Mendlovic and Shmuel Haber would find such a “parochial” approach troubling, given their attack on the Chofetz Chaim (Letters, May 24).

The Chofetz Chaim was in no way minimizing the suffering of gentiles. He was, in his capacity as leader of world Jewry, teaching his flock how to act when nations are beset by calamities. That the letter-writers could assail this giant is proof positive that their understanding of Judaism is seriously flawed. To paraphrase the Bard of Avon,”Get thee to a yeshiva.”

Reader Jacob Mendlovic used the phrase “monotheistic Christians and Muslims” in his letter taking issue with the Chofetz Chaim’s response to hearing of a disaster in Japan.

While some Rishonim held that gentiles who follow Christianity are not considered to be practicing avodah zarah, Judaism holds that for a Jew to accept the Trinity is definitely avodah zarah and one must go as far as to give up one’s life – as many Jews did during the times of the Crusades – rather than converting.

Women And The Wall

Reader Harold Hoffman’s May 24 letter equating opposition to Women of the Wall with the institutionalized racism of the 1960s is at best specious and at worst offensive.

African Americans were protesting the abnegation of their basic rights; the Women of the Wall are campaigning to transgress millennia of halacha and religious mores at the site of our holy Beis HaMikdash. By equating the two, Mr. Hoffman is implying that Jewish law and tradition are as morally illegitimate and indefensible as the segregation laws of pre-civil rights America. 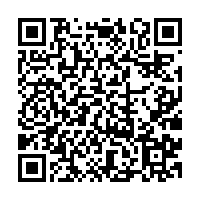