I couldn’t get my eyes, heart and soul off last week’s front-page photo.


I’m really short of words to express what a beautiful sight it was to see this young man interrupting his davening to answer the call of duty to protect the nation.

As they say: one picture is worth a thousand words.

What a combination in one person, one special nation!

It would be wrong if readers of The Jewish Press dismissed Ira Heller’s glowing tribute to his recently deceased father Jack, z”l, as merely the reverence of a devoted son for a parent (“Jacob W. Heller: Model Jewish-American Lawyer,” op-ed, June 21).

I was a friend and colleague of Jack’s and had the privilege of working with him professionally on several occasions over the years. He was, as Ira said, a superb lawyer, fierce in his advocacy for clients, but always with great integrity, class and courtliness. What a fine figure he cut with his grace and impeccable dress.

Jack was among those Orthodox lawyers of his day who, despite outstanding academic credentials, were unable to secure positions with major law firms either because of outright bias or because of an overblown fear of what not reporting to work on Shabbos or Yom Tov would mean.

In those days there were no laws prohibiting discrimination against Sabbath observers as there are today. And therein lies an important lesson. Jack ultimately got a position with Reavis & McGrath, one of the prominent New York law firms of the 1960s. Needless to say, he was fastidious in his observance while distinguishing himself as a first-rate practitioner. This not only opened doors for many frum lawyers but also demonstrated that one need not compromise his or her faith in order to succeed in even the most demanding professions.

Jack Heller was a trailblazer and a significant one. I am proud to say that he was my friend. The Jewish Press is to be commended for bringing to the attention of its many readers the story of this man’s remarkable life.

I loved Dov Shurin’s June 21 Charming Nation column, “Everything Is Great.” This indeed is something we all have to work on.

Actually, I’m a longtime fan. Dov Shurin’s tape “Chakal Tapuchin” was virtually our family anthem when I was growing up in California. I can still sing each song.

Keep up the good work, Rabbi Shurin – the world really needs it.

Dov Shurin always has a unique take on things, whether world events or personal experiences. I look forward to his column every month. His most recent contribution, “Everything Is Great,” was one of his best yet. His sincere emunah shines through his writing.

Elliot Resnick’s June 28 review of Rabbi Jonathan Sacks’s book The Great Partnership seems to suggest that attempting to prove God’s existence is an exercise in futility. Resnick quotes Rabbi Sacks as stating that “Science is about explanation. Religion is about interpretation.”

This is not entirely so. God’s existence can be proven using the same standards used to prove some scientific phenomena.

Black holes, for example, are believed to have a gravitational pull so strong that nothing, not even light, can escape its gravitational grip. Yet, despite the fact that they cannot be seen or directly detected, they’re accepted by cosmologists as existing entities because of the influence they exert on their neighbors.

The First Law of Thermodynamics also indirectly suggests there must be a creator. The law of conservation of energy states that energy cannot be created or destroyed, but only changed from one form into another or transferred from one object to another.

If energy cannot be created, it precludes a physical universe such as ours from spontaneously creating itself. And the business of multiverses, where our universe happens to have the right combination of natural constants, doesn’t solve anything. Ultimately you’re left with the question: How did the universe(s) begin and what is its power source? 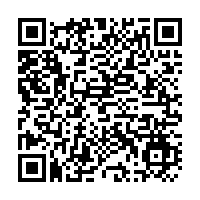