How can one explain left-wing New York Jews rallying outside the Union for Reform Judaism offices two weeks ago and saying Kaddish for dead Hamas terrorists as reported in The Jewish Press last week? (I wonder if they have ever said Kaddish for Jews who have been brutally murdered by Arab terrorists.)

It has been found that people subjected to abuse are inclined to blame themselves for their misfortune. What did I do wrong? Maybe if I change, my persecutors will forgive me. People who are openly committed to my annihilation are justified. We stole their land and have no right to it.

Rabbi Meir Kahane wrote: “No one, no people, has so sadly honed guilt to a finer art than we Jews. There are, invariably, those liberal Jews who instinctively feel guilty about everything…we are occupiers and conquerors, we oppress innocent people; our national soul is being corroded; we are above all, guilty.”

Those leftwing Jews who said Kaddish for dead Hamas terrorists are pathetic, self-loathing, arrogant, and ignorant specimens who prefer to view the existence of Israel being born in sin. Ignore all the wars dedicated to the destruction of the Jewish state and the killing of Jews. Ignore the fact that a Palestinian state will be a terrorist state. Ignore the fact that there is no such thing as a democratic Arab state.

The days of Jewish victimhood are over. Jews have every right to the land of Israel. Stand up and be proud of our victorious brave Israel.

Putin Is No Anti-Semite

I agree with Isi Leibler who argued in an op-ed last month that claims of Vladimir Putin’s anti-Semitism are factually incorrect.

I want to preface my comments with a disclaimer that they concern only Putin’s alleged anti-Semitism, not any broader issues. As we know, “good” historical personalities were not always friendly to Jews and “bad” personalities sometimes treated Jews well for whatever reason.

Thus, Napoleon was known as the best friend of the Jewish people in his time. Otto von Bismarck, the German “Iron Chancellor,” who is usually portrayed as a reactionary politician, also pursued philo-Semitic policies in the second half of his career. He presided over the full emancipation of German Jewry and opposed anti-Semitic movements. Bismarck even intervened on behalf of persecuted Jews in Romania.

Those who accuse Putin of anti-Semitism quote his remark, “Maybe they [Russians who tried to interfere in the 2016 U.S. presidential election] are not even Russians. Maybe they were Ukrainians, Tatars, Jews, just with Russian citizenship.”

However, something is lost in translation here. The word “Russian” in the Russian language has two meanings – “citizen of Russia” and “a member of a Slavic ethnic group called Russians.” The context of Putin’s remark clearly shows that he meant the words “Russians,” “Ukrainians,” “Tatars,” and “Jews” in the ethnic sense – which is devoid of any anti-Semitic connotation.

I believe the charge of anti-Semitism in this case is totally unjustified and is being used as a political tool. But doing so harms the Jewish people.

Editor’s note: The writer is a USSR-born mathematician who fought anti-Semitism in the Soviet Union.

Trump Must Learn to Trust Own Instincts

President Trump’s initial reaction to Syria’s use of chemical weapons was on the money. Unfortunately, he veered off – presumably to satisfy his Secretary of Defense and members of Congress and perhaps fellow NATO members who participated in the strike.

The president at first appropriately called President Assad the “animal” that he actually is and vowed that the missiles would surely be coming. The missiles did in fact arrive, but not in the way we might have expected them to given the president’s harsh rhetoric and tone when he first reacted to the ghastly murder of dozens of unarmed civilians who died horrible deaths. Rather than target the murderer Assad himself and those Syrian generals who enforced the macabre order, Trump targeted empty buildings and the purpose of the strike was watered down to deter rather than to punish.

A red line should signify more of a “point of no return” when crossed rather than a point at which some level of retaliation will occur. President Trump should not have balked and been intimidated by Russia or its past deceit and duplicity and merely followed his own appropriate instincts. The presidential compounds of Bashir Assad and the military residences of his senior accomplices should have been placed within the cross hairs of U.S. and NATO missiles.

Unfortunately, they were not, and the blood of innocent men, women, and children cruelly snuffed out by a ruthless dictator has once again gone unanswered.

Recent Deaths Of Our Youth

It’s with great hesitation I write this but greater feeling of fear if I don’t. Einstein quipped, “I want to know G-d’s thoughts, the rest are details.” Of course we as Jews never speculate on G-d’s ways. They remain hidden to us, only to be revealed at a later time.

However, if we are instructed by Chazal that any tragedy befalling anyone should wake us up, certainly close-to-home tragedies should be taken with great seriousness.

As someone who grew up in Back Lawrence, NY, I took very much to heart the recent announcements coming out of Far Rockaway of youth being taken from us.

As mentioned earlier, we can’t know G-d’s ways. But I must say wherever I go, people always let me down in one area – that of negative speech about others. The speech is often without malice, but do intonations really count in this area?

Coming off of Pesach, one is reminded of the ultimate year-by-year live burials that took place in the desert due to a nation’s merely espousing negative points of view “of a land.” Nodding in agreement to any negative word said about a person can’t be better.

I don’t write this letter to win accolades but to report what I observe. What does G-d think?

Thank you for the poignant and meaningful IDF story in the Lessons in Emunah column last week. This story is now a valuable item in my Pesach and IDF memorabilia.

Dr. Levine’s, missive, “Chassidic Yeshivas Are Shrinking Their Duty” is, for the most part, an accurate reflection of how little importance yeshivas give to secular education, in particular, English. I would be ecstatic if my yeshiva college students were able to distinguish a topic sentence from a thesis sentence.

Their inability to comprehend an independent clause from a dependent clause is a very sad commentary on the schooling they receive in elementary through high school. And the blame falls squarely on the secularly-challenged shoulders of the principals of the far right, who, I suspect, cannot write themselves. The effect of this pedagogical malfunction overflows into corporate America where many of my charges find it difficult to compete.

You may even see this neglect of writing acumen in the pages of The Jewish Press. For the longest time there has been an ad asking people to donate to a “Womens Mikvah.” Clearly there is no such word as “womens” since women in and of itself is plural. The ad should, in fact, read: “Women’s,” with the appropriate apostrophe.

While I agree with much of what Dr. Yitzchok Levine wrote last week on the importance of secular education, I object to him stating that parents “do not have a blanket right to determine the nature of their children’s education” and that “parents do not always know what’s best for their children educationally.”

Perhaps they don’t. but except in rare circumstances, no person should ever force his fellow to do something against his will “for his own benefit.” Charles Murray wrote, “To think it is right to use force to override another person’s preferences “for his own good” is the essence of the totalitarian personality. If you have the right to do that to someone else, then someone else has the right to do it to you. That way lies the rationalization for every conceivable kind of coercion.” 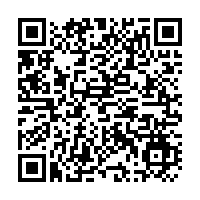