Reparations Are a Terrible Idea

Giving reparations to descendants of slaves makes no sense. Our current national debt is currently $22 trillion, a figure that’s expected to increase by $1 trillion annually.


Taxpayers would become indentured servants trying to find trillions more to fund reparations. Imagine the bureaucracy that would have to be created to decide who would qualify for reparations and the amount each person would get.

How many millions of Americans would claim partial slave ancestry just like presidential wannabe Elizabeth Warren claimed American Indian roots, which turned out to be false?

Reparations is just the latest chapter in a race to the bottom to see which Democratic politician can win the prize of being the most liberal.

Since passage of the 1964 Civil Rights Act, the government and private sector have spent trillions of dollars on programs that have benefited African Americans. Every glass ceiling in the workplace and government was broken years ago.

It’s time to move on rather than go back 150 years to relitigate the Civil War.

As a Canadian Jew who wants to walk down the street without being shot, I hope a Democrat will win the presidential election in 2020. Many guns are smuggled from America to Canada where they are used in crimes. President Trump, though, doesn’t care about gun control.

America should nationalize the weapons companies. If the federal government had control over the production and sale of firearms and ammunition, they could set the price. If it suddenly cost $25,000 to buy a firearm and $1,000 to buy a bullet, fewer guns would be purchased and life would be much safer for Americans and Canadians.

Eleven Jews were murdered in a Pittsburgh synagogue in 2018. My uncle was shot in the face during a robbery in Florida many years ago. America needs a gun-control president.

A couple getting married in their early 20s can expect to spend 60 years together, which is about 500,000 hours. I think, therefore, that they should consider spending at least 50 hours getting to know each other before marrying.

Fifty hours is the equivalent of 10 five-hour dates and would only be 1/10,000 of the time they can expect to spend together.

The Democratic Party Is Rotten

Reader Alan Weintraub wrote last week that he doesn’t agree with Jews leaving the Democrat Party, which, of course, is his prerogative. Some of the rationales he offers to support his position, however, are strange.

He writes that “a couple of House Democrats support BDS, but they isolate themselves from their colleagues.” Really? First of all, they do far more than support BDS; they viciously assault Israel.

Secondly, Mr. Weintraub doesn’t mention that Speaker Pelosi was unable to get a resolution denouncing anti-Semitism approved in the wake of anti-Semitic remarks by Ilhan Omar. The ridiculous, watered-down version that ultimately passed was a catchall, feel-good condemnation of all the world’s ills: xenophobia, homophobia, racism, and, of course, Islamaphobia.

Omar, Rashia Tlaib, and Ocasio-Cortez do not stand alone. They represent a much larger problem plaguing the entire Democrat Party. If they didn’t, the original resolution would have passed easily.

Mr. Weintraub argues that since the White House will turn blue one day “it is crucial that pro-Israel, pro-Jewish representation remain in both parties.” Is he suggesting that we support a party that, essentially, ignores our grave concerns? I would think what’s crucial is that we – the Jewish people – disassociate ourselves from those who don’t give two hoots about our concerns and start supporting those who do.

Mr. Weintraub should be demanding from the leaders of the Democrat Party the loyalty we deserve – the same kind of loyalty the Jewish people have given them for far too long. The time is long past due for strong, unequivocal statements from Schumer and Pelosi condemning, by name, those House members who malign both Israel and the Jewish people.

Alumni Can Make the Difference

At many elite North American colleges, Jewish students face harassment, intimidation, ostracism, and exclusion from fellow students; scorn from radical faculty; and indifference to their plight – or worse – from administrators.

This treatment largely derives from growing anti-Israel agitation on campus and an environment hostile to expression of heterodox opinion. Concerned alumni are an untapped resource that can fight these elements. Hence Alumni for Campus Fairness – a new national organization whose purpose is to inform and involve alumni in fighting anti-Semitism and promote open and fair campus dialogue on the Arab-Israel conflict.

ACF already has nearly three dozen chapters nationwide, and its mere presence on campus sends a strong supportive message to students and sympathetic faculty. Readers should consult the organization’s website to see if their alma mater has a chapter.

If it doesn’t, ACF can assist in starting one. AFC is primarily directed at alumni, but students, parents, and faculty are also welcome to join. To learn more, visit www.campusfairness.org. 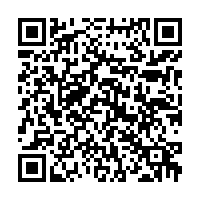