Now that Hamas has taken over Gaza, further exposing Mahmoud Abbas and Fatah as ineffective and quite possibly inconsequential players, its leading lights might want to erect a statue of Condoleezza Rice somewhere in beautiful downtown Gaza City.

It was the U.S. secretary of state, after all, who insisted that Hamas be allowed to participate in the Palestinian legislative election of January 2006, despite objections from both Israel and, to a somewhat lesser extent, Abbas. And when Hamas scored a solid victory and became the Palestinian Authority’s governing majority party, Ms. Rice voiced surprise and consternation.

“I’ve asked why nobody saw it coming,” she said, presumably referring to her staff and U.S. intelligence. “It does say something about us not having a good enough [finger on the] pulse.”

Contrary to Rice’s professed ignorance, it was not at all difficult to discern a Hamas victory on the horizon, particularly if one had been paying attention to newspaper reports over the preceding eight or nine months. Rice herself should have been the last person taken by surprise, based on her own remarks during that period.

Mitnick also noted that in an interview with his paper the week before, Rice had voiced the hope that Hamas’s involvement in the political process would force the group to assume a more moderate stance.

“When people start getting elected and have to start worrying about constituencies…things start to change,” she said, pointing out that in recent municipal elections Hamas had focused on improving education and social services.

“This is going to be a Palestinian process,” said Rice, “and I think we have to give the Palestinians some room for the evolution of their political process.”

In December 2005, Hamas scored major victories over Fatah in the fourth round of a series of municipal elections that had begun in 2004, capturing nearly 70 percent of the seats in Nablus, 53 percent in Al Bireh, and breaking even in Jenin.

“Though the Hamas victory was surprising in its magnitude, it was no surprise otherwise, because it was the sixth consecutive strong showing by Islamist groups running in political elections in the Middle East in the past year.

“If the United States government, with all its capacity to collect and interpret information, did not see Hamas doing very well in the Palestinian election in the wake of these other Islamist victories, then it is either willfully blind or totally incompetent – and neither possibility is a very comforting thought.”

In a revealing interview with David Samuels in the June issue of The Atlantic, Rice seemed stymied when asked if there was one book that had influenced her view of the Middle East. She could not come up with a single title, instead offering, rather lamely, “I probably read dozens of books on the Middle East, but several of them I’d read before. I’m actually, believe it or not, for an academic, an aural learner. So I tend to have people in and talk about places. And to engage people who know those regions very, very well.”

Rice, a Soviet specialist for most of her public career, is clearly operating in unfamiliar waters. As former deputy secretary of state Richard Armitage put it to Samuels, perhaps unkindly but all too accurately: “I mean, she was an expert in one country that no longer exists.” 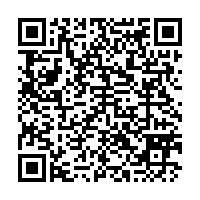