The Anti-Defamation League, fresh off its lamentable stint as unwitting public relations apparatus for Mel Gibson, has, yet again, demonstrated a jaw-dropping inability (or perhaps a cynical unwillingness) to differentiate between a newspaper’s news coverage and its editorial views.

Every so often the ADL releases a survey of Israel-related editorials from a few dozen U.S. newspapers, and each time the organization trumpets its finding that, what do you know, they love us, they really love us!

Typical of the mawkish – and misleading – spin the ADL puts on these surveys was this comment which adorned a press release dated June 25, 2001: ‘Contrary to the widespread negative assumptions about U.S. media coverage in the Middle East, the Anti-Defamation League…today released findings of an editorial survey of the nation’s largest daily newspapers, which showed overwhelming support for Israel and significant criticism of the Palestinian Authority and its leader, Yasir Arafat.’


An even bigger howler was this statement, which appeared in the introduction to a Dec. 14, 2000 survey: ‘ ‘Contrary to some prevailing assumptions about media coverage of the Mideast crisis, newspapers in the United States by and large support Israel’s position in the conflict,’ said Glen A. Tobias, ADL national chairman, and Abraham H. Foxman, ADL national director.’

(Don’the statement in perfect tandem, or did Tobias start the thought and Foxman pick it up mid-sentence? You think maybe Tobias made like Paul Winchell or Edgar Bergen, throwing his voice while Foxman merely moved his lips, a latter-day Knucklehead Smiff or Charlie McCarthy? Of course, the possibility exists that they sang the words, a few decades late for Ted Mack’s Amateur Hour and a couple of years too early for American Idol, but who wouldn’t pay for a bootleg recording of that?)

Notice that the ADL release speaks of ‘prevailing assumptions about media coverage’ – which to anybody reading it suggests exactly that – media coverage. But as we’ve indicated, the ADL’s sporadic surveys deal strictly with editorials, a whole different animal.

And don’t let anyone tell you the ADL is not a tradition-minded outfit. Foxman and company are positively Tevya-esque in their adherence to the familiar old ways – namely, their insistence on blurring distinctions, as evidenced by the following headline that sits atop their press release of November 30, 2004: ‘U.S. Newspapers Overwhelmingly Critical of Arafat.’

Well, the news coverage may or may not have been hard on Arafat, but there’s no way to tell from the ADL survey, which once again focused exclusively on editorial comment. ‘Thirty-nine of the papers (78 percent) expressed criticism of Arafat, his life and legacy,’ the ADL reassured itself, although the organization did acknowledge that ‘nine of the papers (18 percent) presented a mixed view of Arafat, his life and his legacy’ and ‘two newspapers – The New York Times and The Los Angeles times – presented no criticism of Arafat but rather focused on the future of the Israeli-Palestinian conflict.’

That’s all very informative, but the question remains: Why does the ADL insist on monitoring newspaper editorials, when it’s the reporting of stories relating to Israel and the Middle East that frames readers’ perspectives and shapes popular perceptions? Check out the best pro-Israel media watchdogs –  CAMERA.org,  HonestReporting.com,  MRC.org,  TimesWatch.org – and what you’ll immediately notice is that the problem with the media’s Israel coverage lies not with editorials but with day-in, day-out reporting – the choice of what to emphasize or play down; the selection of photographs; the way headlines are worded; the very placement of articles.

The Monitor suspects the ADL would rather not survey actual news reporting because the only honest conclusion would be that the most reliably pro-Israel reporting tends to be found in newspapers with a conser-vative political orientation, while papers with a liberal bent are decidedly more sympathetic to the Palestinians.

After all, the last thing Abe Foxman wants is to jeopardize his good relations with The New York Times. 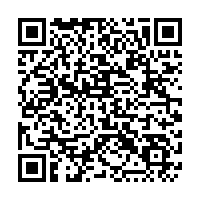