It wasn’t quite a Clark Clifford moment, but Hillary Clinton’s bizarre “deauthorization” proposal – namely, that Congress repeal its October 2002 resolution giving President Bush the authority to invade Iraq – is so breathtaking in its cynicism and opportunism that it calls to mind the transparent about-face executed by Clifford nearly four decades ago, more about which later.

Sen. Clinton’s ploy was denounced by, among others, the New York Sun, which labeled it “political posturing without substance” and by New York Post columnist John Podhoretz, who characterized it as “unserious – and consciously so,” noting that “There has never been such a vote in all of recorded history, and there won’t be one now.”

To muddle matters even further, The New York Times reported that “Mrs. Clinton said her push for a new vote on the war authority did not mean she would oppose whatever new [war financing] measure might emerge from negotiations between Congress and the White House.”

Clinton, who obviously wishes she could make the relatively hawkish-on-Iraq record she compiled during her first six years in the Senate simply disappear (perhaps in the manner of those notorious Whitewater documents back during her run as first lady?), has found it impossible to placate the one-issue antiwar activists who comprise such an increasingly influential element of the party whose presidential nomination she seeks.

So now she’s hit on the next best thing to erasing history or admitting to her core supporters that she was as wrong on Iraq as George W. Bush: Just Say No, but retroactively, after more than four years of war. Sort of like the late Gilda Radner’s “Saturday Night Live” character Emily Litella looking into the camera after being set aright on one issue or another and sheepishly saying, “Never mind.”

Speaking of “Saturday Night Live,” earlier this year, in a sketch lampooning MSNBC’s “Hardball,” cast regular Amy Poehler portrayed Hillary Clinton responding to questions on Iraq with this devastating line, described as “zeitgeist-capturing” by The New Republic’s Michael Crowley: “I think most Democrats know me. They understand that my support for the war was always insincere.”

And that was before the “repeal the resolution” gimmick.

About Clark Clifford: Back in 1968, the veteran Democratic fixer and Wise Man was serving as defense secretary in the dying days of Lyndon Johnson’s presidency. Here he is in that troubled year, an unrepentant hawk on Vietnam:

We have no plan to reduce the number of troops in Vietnam at all… I could not predict the return of any troops in 1969. I want today to reiterate that position. We have not yet reached the level of 549,000 [troops] in South Vietnam. We intend to continue to build toward that level. We have no intention of lowering that level either by next June [1969] or at any time in the foreseeable future.

Later that year the Republican Richard Nixon won the White House, and just weeks after the election the same Clark Clifford, the eminence grise who a few months earlier had in such ringing fashion dismissed calls for even the slightest reduction in troop strength, took to the pages of Life magazine where he wrote, presumably with a straight face:

It is time now to end our participation in the war. We must begin the rapid, orderly and scheduled withdrawal of U.S. troops from Indochina.

The hypocrisy drips off every word. And Sen. Clinton’s increasingly tortuous perambulations over Iraq are moving her dangerously close to Clifford territory. She’s certainly dancing to the tune even if she hasn’t yet embraced it.

But say this about Clark Clifford: Even after turning on a dime against U.S. involvement in Vietnam when it was politically expedient for him to do so, he was never brazen enough to suggest a vote to retroactively deauthorize Congress’s 1964 Gulf of Tonkin resolution and the war he’d wholeheartedly supported. 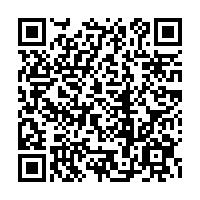