Anyone who still doubts the mainstream media?s left-wing bias should study the coverage of last Saturday’s anti-war rally in Washington. Even as jaded a media watcher as the Monitor finds it difficult to recall an event as outlandishly whitewashed, as outrageously skewed, as this one was by print and electronic journalists clearly sympathetic to the demonstrators.The indispensable Media Research Center transcribed several blatant examples of dishonest reporting of a march that, as MRC’s Brent Baker put it, “was organized by a far-left group, had a bunch of zany leftist outfits as sponsors, featured some far-out rhetoric from the stage which belied the notion that the organizers simply want a peaceful solution, and ended with a march to the Washington Navy Yard to demand access to U.S. weapons of mass destruction.”

And yet, writes Baker, “major media outlets, both print and broadcast, ignored such realities which might have reduced empathy for the cause.”


Hardly a word from the stage got aired as the networks preferred to focus on the most normal looking people in the crowd. On stage, Ramsey Clark demanded Bush be impeached and one speaker even described convicted cop-killer Mumia Abu-Jamal as “a political prisoner.”

“Braving frigid temperatures,” ABC’s Lisa Sylvester proclaimed on Saturday’s World News Tonight, “they traveled across the country – black and white, Democrat and Republican, young and old.” In a second January 18 story, ABC News reporter Geoff Morrell followed the trip to DC by a doctor and his “honor student” daughter: “So they rode a bus all night from Asheville, North Carolina. On board were businessmen, soccer moms and military veterans – all members of the same church.”

The night before, despite the fact polls show overwhelming public support for President Bush’s policy, Peter Jennings insisted that “the nation, as we all know, is somewhat divided and confused about attacking Iraq, you see it in almost every poll.” That led into a piece by Bill Blakemore previewing the next day?s protest: “Never mind the cold, they’re going to protest. Democrats and Republicans. Many middle-aged. From all walks of life.”The website for the rally organizer, ANSWER (Act Now to Stop War & End Racism), clearly proclaimed the group’s very radical agenda to eliminate U.S. defenses and claim that the U.S. under Bush poses the greatest danger to the world, but none of that anti-American vitriol was conveyed in any television network story I saw.

CNN, noon EST: [Correspondent] Kathleen Koch declared live from Washington’s Mall that “perhaps some of the people in the crowd, some of the Americans who have come from great distances who have the most poignant stories.”

Koch went to a pre-taped piece: “A Fort Lauderdale, Florida, home where peace protesters gather waiting to head to Washington. But only one truly understands war’s grim realities.”

Ava Cutler: “And I’m not afraid to speak out, because this is why I came to this country,
to speak my mind if I have to.”

Koch: “Seventy-six-year-old Ava Cutler was a Jewish teenager in Budapest, Hungary when her country was invaded by Nazi Germany in 1944.”

Cutler: “We’re being besieged day by day, night by night, constantly we were being bombarded. There are no winners in wars, there are only losers, and we have to find a different way of how to deal with differences….”

A 1,500-word article in Sunday’s Washington Post contained a single nine-word quote from an official speaker while a 1,000-word New York Times article failed to quote a syllable from the DC stage….[Washington Post] reporters Manny Fernandez and Justin Blum quoted a mere nine words uttered from the stage, an innocuous-sounding comment from Jesse Jackson: – “The world is cold, but our hearts are warm,” Jesse Jackson told the crowd to applause.”

That was…the totality of what Post readers learned about what the official speakers had to say as the reporters focused on what people in the crowd told them.

Jason Maoz can be reached at jmaoz@jewishpress.com
Advertisement 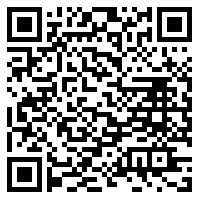