Sun rises in East, Times endorses Democrat: Most Americans weren’t born the last time The New York Times gave its endorsement to a Republican presidential candidate. The year was 1956, the candidate was the incumbent president, Dwight D. Eisenhower, and a weekday copy of the Times cost a nickel.

Since then, through twelve elections, the Times has run the table for the Democrats: Kennedy, Johnson, Humphrey, McGovern, Carter (twice), Mondale, Dukakis, Clinton (twice), Gore, and now Kerry. This year, the Times editorial board was unusually vicious in its portrayal of the latest Republican it wants to see beaten, calling up phrases like “Mr. Bush’s disastrous tenure” and echoing the leftist mantra “the Supreme Court awarded him the presidency.”


Bush might want to wear the Times’s scorn as a badge of honor; at any rate he certainly finds himself in remarkably good company. In January 1983, just halfway through his first term, the Times declared of another Republican president, “The stench of failure hangs over Ronald Reagan’s White House.”

The Times would heartily endorse Reagan’s Democratic challenger, former vice president Walter Mondale, in November 1984. Mondale promptly lost 49 of 50 states to the Gipper. Bush, of course, has nowhere near that kind of hold on the American public – but the point is that to a great many people, being vilified by the Times means you must be doing something right.

Muslims for Kerry: The Times was joined this week in its endorsement of Kerry by a couple of major Islamic-American organizations. Yasir Arafat has made it clear that he’s rooting for Kerry. And now comes the former prime minister of Malaysia, Dr. Mahathir bin Mohamad, to enlighten us with his preference.

Dr. Mohamad, whose anti-Semitic diatribes include the observation that “Jews rule the world by proxy,” has sent an open letter to American Muslims urging them to cast their ballots for Kerry. President Bush, says Dr. Mohamad, “is the cause of the tragedies in Afghanistan, Palestine, and Iraq.” Voting for Kerry, he adds, is “truly an [act of devotional worship].”

Sounds to the Monitor like Dr. Mohamad’s been reading too many New York Times editorials.

Newsweek’s Thomas on tilted coverage: Back in July, on the weekend talk show “Inside Washington,” Newsweek assistant managing editor Evan Thomas said: “…The media, I think, wants Kerry to win. And I think they’re going to portray Kerry and Edwards – I’m talking about the establishment media, not Fox, but – they’re going to portray Kerry and Edwards as being young and dynamic and optimistic and all, there’s going to be this glow about them that some, is going to be worth, collectively, the two of them, that’s going to be worth maybe 15 points.”

The only thing Thomas is backing down from is his estimate of 15 points. On CNN’s “Reliable Sources” last week, host Howard Kurtz asked Thomas: “Well, it is a tight race. But do you believe that most reporters want John Kerry to win?” Thomas responded, “Yeah. Absolutely.”

Kurtz: Including in Newsweek?

Kurtz: You’ve said on the program “Inside Washington” that because of the portrayal of Kerry and Edwards as young and dynamic and optimistic, “that that’s worth maybe 15 points.- So that would suggest ”

Kurtz: Is it worth 5 points? 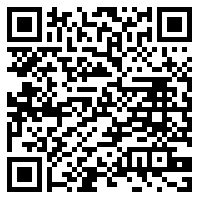