As reported in last week’s Monitor, a number of prominent politically conservative religious leaders – including several Orthodox rabbis – opposed to legislation promoting gay marriage have aligned themselves with an organization that, according to terrorism expert Steven Emerson, is distinguished by “its ideological support of Islamic terror groups.”

Investigative journalist Evan Gahr broke the story two weeks ago on JewishWorldReview.com, and this week he’s back with a follow-up in which he tells us that, thus far, only one of the Jewish clergymen in question has broken ranks – the non-Orthodox Marc Gellman.

In the interest of keeping readers fully informed of the situation, we’ll turn the stage over to Gahr with the following extensive excerpt from his latest piece:

“Jewish World Review has learned that [Reform rabbi Marc] Gellman, perhaps America’s best known rabbi because of his frequent television appearances as the Jewish half of the two-man “God Squad,” quietly resigned late last week from the advisory board to the Alliance for Marriage (AFM) because it includes the Islamic Society of North America (ISNA).

“AFM contends that ISNA is a legitimate, mainstream Islamic group. The ‘proof’ is that ISNA is not on the State Department’s list of terrorist front groups. But that rationale doesn’t impress terrorist expert Steve Emerson. True, he explains, “you will not find ISNA on any formal list of terrorist front groups…. And it’s unlikely that ISNA will be designated as such given the way it is structured and financially organized (it does not hold any assets but shifts them to a corporate subsidiary – a very complex situation.) But if you look at ISNA’s involvement with terrorist groups, its hosting of actual terrorist leaders, its ideological support for Islamic terrorist groups, you will find that it serves as an umbrella group for the Muslim Brotherhood.”

“Nevertheless, many of Gellman’s fellow clerics and religious conservatives remain wedded to AFM, despite its inclusion of ISNA. The group is spearheading the drive for a constitutional amendment to limit marriage to heterosexuals.

“These conservatives include Rabbi Barry Freundel, spiritual leader of Kesher Israel, the Georgetown shul that counts Joe Lieberman among its congregants; Rabbi Daniel Lapin, president of Toward Tradition, an organization that intends to unite Jews and Christians committed to traditional values; and Rabbi Yoel Schonfeld, a top official at the best-known kosher supervision agency in the nation, the Union of Orthodox Jewish Congregations of America.

“Now that Gellman has bolted, are his colleagues likely to follow suit” Rabbi Lapin declined comment. But Rabbi Freundel might be a different case. Freundel won’t talk on the record. Privately, however, he could be under pressure from colleagues.

“Rabbi Kenneth Auman, president of the Rabbinical Council of America, of which Freundel is a vice president, tells JewishWorldReview.com, “I know [Freundel’s association with ISNA] is being looked into.” Freundel, he said, is now “aware” of ISNA’s membership, but was previously in the dark. “He is re-assessing his position.”

“Auman said he was confident Freundel would show ‘good judgment’ in making his decision.

“Rabbi Dr. Tzvi Hersh Weinreb, executive vice president of the Orthodox Union, said his organization has not discussed the matter with Freundel or Schonfeld.

“However, Rabbi Fabian Schonfeld, father of Rabbi Yoel Schonfeld and a member of the Orthodox Union’s board of directors, defended his son’s decision to remain with the group. I wouldn’t resign. I would get rid of them [ISNA].”

“He refused to say what the younger Schonfeld should do if ISNA remains on the advisory board.”

Note to Readers: The Monitor’s updated list of interesting websites will appear next week. 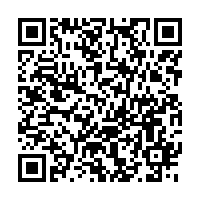