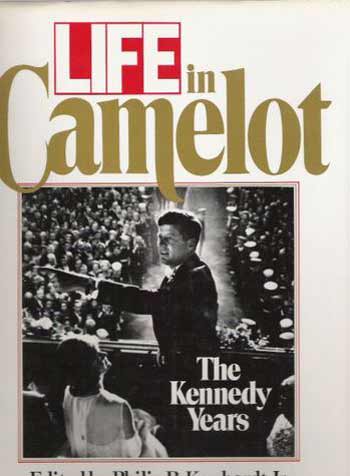 Another November 22 is upon us, and with it come the usual encomiums to the lost glories of “Camelot,” the glitzy term that has come to symbolize the Kennedy years but that actually was an invention after the fact. Never once used to describe the Kennedy administration while John Kennedy was alive, it was applied shortly after JFK’s assassination by a grieving Jacqueline Kennedy and the writer Theodore H. White, a Kennedy sycophant of the first order, in the pages of Life magazine.

With 2013 marking half a century since Kennedy’s fateful limousine ride in Dallas, the current revels are exceeding the revisionist frenzies of years past, with a seemingly endless parade of books, articles and television specials designed to assure us that, despite everything that has come to light about him since his death, JFK was a great president, or at least a very good president who would have been great had his life not been so cruelly cut short.


But facts can be stubborn things, and contrary to the media-generated myth of Camelot, Kennedy was a president of questionable character and meager accomplishment who almost certainly would have been impeached or forced to resign the presidency had even a fraction of what we now know been made public while he was still alive and in office.

The left-wing journalist Seymour Hersh, having spent years wading through the muck of pumped-up war stories, doctored medical records (contrary to the image of “vigor” he liked to project, Kennedy suffered from a variety of ailments and consumed a prodigious daily cocktail of pharmaceuticals), compulsive extramarital activity, Mafia ties and electoral shenanigans, was forced to reevaluate the man he once admired.

“Kennedy,” he said in an Atlantic Monthly web interview shortly after the publication of his 1997 expose The Dark Side of Camelot, “was much more corrupt than other postwar presidents, by a major factor. Much more manipulative, though Nixon was a close second. There’s nothing wonderful about Nixon – Watergate proved that – but I think that Nixon was an amateur compared to Kennedy….”

Particularly irksome to those who see through the Camelot haze is the claim by JFK apologists that had Kennedy lived he would have put an end to America’s involvement in Vietnam – this despite the fact that the U.S. commitment there expanded from a few hundred military advisers under Eisenhower to nearly 17,000 troops under Kennedy; that the men generally viewed as the architects of Lyndon Johnson’s Vietnam policies, Secretary of State Dean Rusk and Secretary of Defense Robert McNamara, were holdovers from the Kennedy administration; that just two months before his death Kennedy told CBS’s Walter Cronkite, “I don’t agree with those who say we should withdraw” and insisted to NBC’s Chet Huntley, “We are not there to see a war lost”; and that the speech Kennedy planned to give in Dallas the very day he was killed warned that a diminished American commitment in Vietnam would “only encourage Communist penetration.”

But then, Kennedy insiders have a history of revisionism that goes well beyond Vietnam. “Kennedy,” the liberal journalist Lawrence Wright observed, “had spent thirteen years in the House and Senate without passing a single important piece of legislation. And yet before his election to the presidency, people were comparing him with Franklin Roosevelt, with the young Churchill, with various movie stars, with Lindbergh.”

The World War II incident that bestowed on Kennedy an aura of heroism? “It was true,” wrote Wright, that “Kennedy had saved the life of one of his men on PT-109, on a mission in which Kennedy was supposed to torpedo a Japanese destroyer. Instead, the lumbering destroyer managed to slice the PT boat in half, killing two crewmen.

“Apparently, Kennedy had failed to notice the ship until it was bearing down on top of him. ‘Our reaction to the 109 thing had always been that we were kind of ashamed of our performance,’ admitted one of the crew, Barney Ross. ‘I had always thought it was a disaster.’ ”

Among close acquaintances Kennedy was candid about the incident. In his 1991 book A Question of Character, historian Thomas Reeves wrote that Kennedy told a friend, “My story about the collision is getting better all the time. Now I’ve got a Jew and a nigger in the story and with me being a Catholic, that’s great.”

The widely repeated claim that Kennedy was capable of reading an amazing 1,200 words per minute? The journalist Hugh Sidey admitted years later that he and Kennedy had plucked the number out of thin air.

Kennedy’s best-selling books, Why England Slept and Profiles in Courage, which helped sell the notion that he was something of an intellectual? Both were largely ghostwritten.

The image of Kennedy as a serious consumer of highbrow culture? Another fabrication. In his insightful JFK: History of an Image, Thomas Brown noted that “Kennedy’s admirers have made it abundantly clear that as a personal matter, his taste was quite commonplace. As [Kennedy speechwriter Theodore] Sorensen admitted, Kennedy had no interest in the opera, was bored at the ballet, and fell asleep at classical musical concerts. When he was not posturing for the public, he preferred such fare as James Bond novels, Broadway show tunes, romantic ballads, and western action movies.”

The portrayal of a resolute JFK staring down Nikita Khrushchev in 1962 until the Soviet leader blinked and removed his missiles from Cuba? What the public didn’t know until decades later was that Khrushchev had refused to buckle until Kennedy secretly agreed to remove U.S. missiles from Turkey aimed at the Soviet Union.

On the paramount domestic issue of his time, Kennedy, far from being the champion of civil rights portrayed by court historians, was at best (to borrow from the title of Nick Bryant’s 2006 book on the subject) a cautious “bystander” and at worst a president whose regional judicial appointees, as a February 1964 Time magazine article described them, “have turned out to be so devoted to segregation that they may be the greatest obstacle to equal rights in the South today.”

When the existence of Richard Nixon’s White House taping system was revealed, Kennedy loyalists were among the loudest critics. But then it emerged that Nixon was, to again quote Seymour Hersh, “an amateur compared to Kennedy.” Not only had JFK installed a taping system in the White House, he apparently had an insatiable need to eavesdrop on conversations held well beyond the porticos of 1600 Pennsylvania Avenue.

“The FBI and the CIA had installed dozens of wiretaps and listening devices on orders and requests from the attorney general [Robert Kennedy],” wrote Richard Reeves in his 1993 book President Kennedy: Profile of Power. “Transcripts of secret tapes of steel executives, congressmen, lobbyists, and reporters routinely ended up on the president’s desk. The targets ranged from writers who criticized the president…to members of Kennedy’s own staff.”

Though Kennedy has been lauded in some quarters for his allegedly good relationship with Israel, the reality is not so cut and dried. In fact, Israel was a rather low priority for Kennedy.

“I would have to play down the Middle East as a matter of deep concern to [him],” Kennedy’s secretary of state, Dean Rusk, acknowledged years later. Rusk (who had adamantly opposed the creation of Israel when he headed the State Department’s UN desk in the late 1940s) added that he couldn’t “remember that Kennedy had any fresh ideas about the Middle East crisis.”

About a month before Election Day 1960, Kennedy told his friend Charlie Bartlett about an experience he claimed to have had at a meeting in New York the night before.

“I went to this party,” Kennedy said. “It was given by a group of people who were big money contributors and also Zionists and they said to me, ‘We know that your campaign is in terrible financial shape.’ The deal they offered me was that they would finance the rest of this campaign if I would agree to let them run the Middle Eastern policy of the United States for the next four years.”

What to make of this bizarre tale (referred to by, among others, Seymour Hersh in his 1991 book The Samson Option and Richard Reeves in his aforementioned Profile of Power)? Were there actually Jews foolish enough to think they could buy American foreign policy – and brash enough to suggest it out loud? Or was the whole thing a gross exaggeration or even an outright fabrication?

The story touches on some of the most familiar, and sinister, Jewish stereotypes: a cabal of rich Jews, operating in clandestine fashion, dishonest and disloyal and out to secretly take control of government policy. (Besides, could the Kennedy campaign, with Papa Joe’s checkbook on standby, really have been in such dire financial straits?)

As president, Kennedy routinely hectored the Israeli government on the issue of Arab refugees and the question of whether Israel was constructing a nuclear reactor; instructed his UN ambassador in early 1962 to vote to condemn Israel in the Security Council following an Israeli retaliatory strike in Syria; and, as part of an all-out effort to win the affections of Egyptian leader Gamal Abdel Nasser, pushed hard for large increases in aid to Egypt.

Nasser rewarded Kennedy by publicizing the contents of an extraordinarily craven letter he’d received from the American president. The letter’s disclosure was a humiliation for Kennedy, not only due to its tone of abject supplication but also because of its suggestion that Kennedy supported the tough measures Eisenhower had employed against Israel during the Suez crisis six years earlier.

“I am…proud of the real encouragement which my government and the American people have in the past given to your aspirations and those of your countrymen, especially in the critical days of 1956,” Kennedy wrote Nasser, directly contradicting his previous public statements on the matter, particularly those made during his campaign for the White House.

While talking a good game to Jewish groups, Kennedy basically continued Eisenhower’s even-handed Mideast policy, and though the administration eventually sold Israel some anti-aircraft missiles, it repeatedly turned down Israeli requests for offensive as opposed to defensive weapons. It was Kennedy’s successor, Lyndon Johnson, who significantly upgraded U.S. military aid to Israel.

The crime writer James Elroy nailed it in his novel American Tabloid: “Jack Kennedy was the mythological front man for a particularly juicy slice of our history. He talked a slick line and wore a world-class haircut. He was Bill Clinton minus pervasive media scrutiny and a few rolls of flab. Jack got whacked at the optimum moment to assure his sainthood. Lies continue to swirl around his eternal flame…. ” 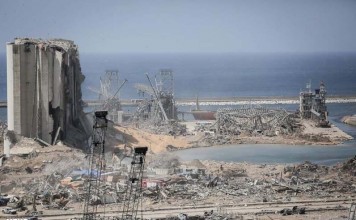