Learning for a year in Israel is often incredibly transformative. You feel inspired, you grow – but then you return home bereft, missing the spiritual “cloud” you rode on for so many months.


“Rav Rafi and I saw a need; there are girls so eager to learn post-seminary, and it’s very difficult for them to find a place to do so,” said Rabbi Turetsky, rosh beit midrash at Sha’alvim for Women. “Guys have yeshiva, but girls don’t really have a place to return to, a place they can go to learn consistently.”

To address the problem, Rabbi Turetsky and Rav Rosenblum – a rebbe at Midreshet Amit, Midreshet Moriah, and Sha’alvim for Women – teamed up with Rav Weinberg, teacher and mashgiach ruchani at Yeshiva University, and a childhood friend of both rebbeim. “We wanted to show girls that there are teachers here too that you can learn with, that you can build a connection with and grow from. It’s not just in Israel.”

“It’s such a simple idea, getting girls together to learn Torah, but I think it fills a significant void,” said Rav Weinberg. He added that the program isn’t only for girls who just returned from Israel. “We wanted those who have been back for a little while [too] so they can come back to something old and familiar in a new way – a way that speaks to where they are now. That’s a lot of what we try to do…to talk about relevant things and current challenges, which aren’t the ones that arose in Israel.”

The Summernary schedule consists of three shiurim in the morning and three in the afternoon, a guest speaker at night, and a Shabbaton. “We’ve had great speakers. For example, Rav Herschel Schacter came and spoke one night, and we also specifically invite speakers who are seminary teachers to give girls the ability to reconnect with their teachers and the Torah they’ve learned from them,” said Rabbi Turetsky.

“People are really craving this,” he added. “For example, when Rabbi Jason Knappel, a rebbe at Midreshet Moriah, Midreshet Amit, Midreshet Eshel, and Sha’alvim for Women, came to speak, the room was packed. Everyone came out to hear him. People just want to learn and re-connect.”

Each year’s program has a different theme. Last year’s was Mashiach and geulah; this year’s was emunah and bitachon. “The chosen themes are topics that are both core issues in daily life, and were probably skipped over in school or not adequately explained, as well as topics that people are continuously seeking a better understanding of,” said Rav Weinberg.

The program is currently held at Congregation Zichron Menachem in Teaneck, but its founders would love to “do one session in Teaneck and one in the Five Towns,” said Rabbi Tureskty. He added: “Students of ours from England even asked for a session there.”

Ultimately, Rav Weinberg said, he would love to “expand the program to the community at large, and then have two separate learning tracks, one for the younger crowd and one for other community members. There is also talk of opening the program during winter break in Israel, or trying to do something over the course of the year…. [O]ne of the great parts about this is that it’s so new so there are many possibilities and directions it can go in.”

Like for so many other organizations, however, funds are an obstacle. “It costs money to buy our flights, rent the building, get speakers, and there are many expenses that come up in between,” Rabbi Tureskty said.

Over 45 girls participated in the program this year, enjoying the unique learning experience. “The timing of Summernary was perfect,” said Gaby Yusupov, a Sha’alvim alumnus and sophomore at Barnard College. “It was right in between when school ended and when my internship began, and it was just what I needed after a long year: a spiritual pick-me-up.”

Talya Zuller, a Midreshet Moriah alumnus and sophomore at Stern College, noted: “You can go to any shiur in your local community, but what’s unique about Summernary is that you’re learning from people that you’ve spent a year learning from. There’s something incredibly special and long-lasting about that Torah.” 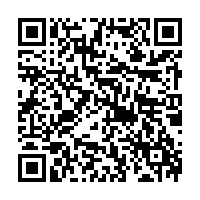