Bob Hope’s 100th birthday has been the occasion for an outpouring of heartfelt tributes to one of America’s greatest comedians. Among his many achievements, Hope is perhaps best known as the premier entertainer of America’s troops, particularly during the Vietnam War. What is not well known about Bob Hope is that he also rose to the occasion during another war – Hitler’s war against the Jews.At the peak of the Holocaust, in early 1944, Hope volunteered to perform in an all-star show at Madison Square Garden to benefit the Emergency Committee to Save the Jewish People of Europe.This was not merely another benefit concert for a worthy cause. For Hope to support the controversial Emergency Committee took real political courage. The committee’s public criticism of the Allies’ apathy toward the Holocaust had infuriated government officials in Washington and London. In fact, the State Department repeatedly tried to have the Emergency Committee’s chairman, Peter Bergson, drafted or deported. At State’s urging, the FBI opened Bergson’s mail, rummaged through his trash, and planted informants in his organization in an unsuccessful search for information that could be used to muzzle or prosecute the Bergson activists.Bergson, a maverick Zionist emissary from Palestine, established the New York-based Emergency Committee in 1943.The news of the Nazi mass slaughter of millions of European Jews had been publicly confirmed by the Allies, yet the Roosevelt administration insisted nothing could be done to help the Jews except winning the war.Bergson, by contrast, urged the Allies to take immediate steps, such as opening the gates of Palestine or using empty supply ships returning from Europe to bring refugees to temporary detention camps in America.One of Bergson’s most important supporters was Academy Award-winning screenwriter Ben Hecht, whose Hollywood connections helped bring stars of stage and screen to Bergson’s ranks. His pageant, We Will Never Die, publicizing the plight of the Jews, opened at Madison Square Garden with Edward G. Robinson, Paul Muni, Sylvia Sydney and Luther Adler in the leading roles. Later performances included guest stars Claude Rains, Edward G. Arnold, Ralph Bellamy and Howard Da Silva.The Bergson group also placed full-page ads in hundreds of American newspapers, organized public rallies, and staged a dramatic march to the White House by 400 rabbis. Bergson persuaded leading Members of Congress, in October 1943, to introduce a resolution urging creation of a U.S. government agency to rescue Jewish refugees. The resolution quickly passed the Senate Foreign Relations Committee and was the subject of well-publicized hearings before the House Foreign Affairs Committee. This Congressional pressure, boosted by behind-the-scenes lobbying efforts by Treasury Secretary Henry Morgenthau, Jr. and his aides, persuaded FDR to establish the War Refugee Board. The Board’s activities, which included financing the rescue work of the Swedish diplomat Raoul Wallenberg, ultimately saved the lives of over 200,000 people during the final months of the war. During the crucial early months of the Board’s work, in the spring of 1944, Bergson’s Emergency Committee played an important supporting role. The committee sponsored newspaper ads backing the rescue effort; provided the War Refugee Board with information about rescue opportunities; and dispatched two special emissaries to Turkey to assist rescue activity (one was Ira Hirschmann, the Bloomingdale’s executive).To raise funds for this work, the Bergson group organized an all-star Show of Shows at Madison Square Garden on March 13, 1944. More than 20,000 people attended, including 150 servicemen whose tickets were paid for by the famous Jewish boxer (and World War II hero) Barney Ross.The evening was a combination of pleasant entertainment and bitter reality.On the one hand, it featured skits and comedy routines by Bob Hope, as well as by Gracie Fields, Jimmy Durante, Ethel Merman, Zero Mostel, Molly Picon, and others. Milton Berle served as master of ceremonies. Musical numbers were performed by Paul Robeson, Perry Como, the Andrews Sisters, the Xavier Cugat Band, and the Count Basie Band, among others.But the evening also included a dramatic reading by Helen Hayes of a Ben Hecht poem about the Nazi massacres. Emergency Committee chairman Dean Alfange (a leader of the American Labor Party), in a stirring address, declared that it was the duty of the Christian world to help these stricken people in this black hour of their misery and distress. Bergson also spoke, appealing to Allied officials and Jewish community leaders to brush aside political considerations at a time when thousands of us are dying daily.According to The New York Times, the Show of Shows netted $80,000–quite a sum for that era and an important boost to the rescue campaign. While other entertainers used their talents simply to gain personal wealth and fame, Bob Hope and his colleagues had demonstrated that they were a cut above the rest. The participants in the Show of Shows took the risk of associating with a controversial group, for the sake of the vital humanitarian cause of rescuing Jews from the Holocaust.As Bob Hope’s centennial is celebrated by saluting his contributions to American culture and his aid to American troops overseas, his aid to the Jews in Hitler’s Europe should also be noted. For that, too, Bob Hope deserves our salute. 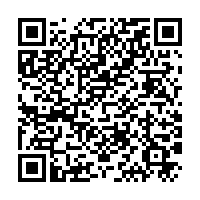