Along with other arguments based on the legislative history of the regulation, Professor McConnell concludes: “ The regulation triggers strict scrutiny because it targets a particular practice, and only that practice.”

Strict scrutiny is a standard of judicial review for a challenged policy (in our case the anti-MBP advice form) in which the court presumes the policy to be invalid unless the government can prove that a solid scientific foundation justifies the policy. (Plaintiffs have argued that the regulation, in addition, violates the First Amendment by compelling mohelim to speech they disagree with; this important issue is beyond the scope of this article.)


What, then, is the scientific evidence that would justify – let alone meet the supreme standard of strict scrutiny for – the regulation in general and, more specifically, the mandated statement about MBP exposing “an infant to the risk of transmission of herpes simplex virus infection, which may result in brain damage or death”?

Mr. Shapiro repeats the words of the NYCDHMH “confirming 11 cases of herpes simplex virus (HSV) acquired by infants in New York City from MBP in recent years resulting in two deaths and two cases of permanent brain damage.” (“Recent years” refers to a period of 12 years.) Mr. Shapiro also states that “the evidence is incontrovertible that MBP increases the risk that an infant will acquire herpes simplex virus.”

The truth, though, is as mentioned – i.e., there is not a single case that has been confirmed as resulting from MBP. There has never been a single case of matching the DNA makeup of a herpes virus from a mohel to that of a baby with herpes. Although the NYCDHMH claimed to prove through a statistical analysis that there is a greater risk of neonatal herpes in boys with MBP than those without, expert statisticians, epidemiologists and mathematicians have reviewed the statistics and concluded, on the record in affidavits and publications, that there is no statistical proof whatsoever.

(In the interest of full disclosure, we have served as expert witnesses in the above litigation. However, we have never sought a penny’s worth of remuneration for our efforts. Furthermore, we belong to Modern Orthodox communities where MBP is rarely performed and have no ideological commitment to the issue.)

In December 2012, the prestigious University of Pennsylvania (U Penn)’s Center for Evidence-based Practice published as an “evidence review” its analysis of the data relating to the possibility of transmission of herpes through MBP. It includes all the literature presented by Mr. Shapiro and concludes that the “evidence base is significantly limited by a very small number of reported infections, most of which were not identified or documented systematically. Other important limitations include incomplete data about relevant elements of the cases, the presence of confounding factors, and indirect data sources.”

Commenting on the single study of the NYCDHMH, which claimed to find statistical evidence for an elevated risk among babies exposed to MBP,  the UPenn authors note that “this finding is limited by methodological challenges in determining the total population at risk, limited information about some of the cases, and the small number of infected infants.”

(UPenn has previously taken issue with our quoting this report and our characterization of its findings; however the above quotes are verbatim. The report is in the public domain and can be viewed at www.brisnyc.com.)

A position paper on MBP was published in June 2012 by the Interministerial Oversight Committee of Mohelim of the Israeli Chief Rabbinate and the Ministry of Health. It states that “according to those halachic authorities who hold that MBP is an essential part of the mitzvah of milah, there is no necessity to cease this procedure unless there will be clear-cut scientific evidence for endangering the baby by MBP in a statistically significant rate. This has yet to be proven.”

The principal author of this position paper is the widely respected Rabbi Prof. Avraham Steinberg, M.D., author of the Encyclopedia of Jewish Medical Ethics. He is also a senior pediatric neurologist at Shaarei Tzedek Medical Center and director of the Medical Ethics unit there, as well as the only individual to have received the Israel Prize twice.

The New York City Department of Health has, relentlessly, been going after MBP for the last nine years. In December 2005, Thomas Frieden, now the head of the CDC and then the commissioner of the NYCDHMH, sent an “open letter to the Jewish community” stating that “there is no reasonable doubt that the practice of MBP has infected several infants in New York City with the herpes virus, including one child who died and another who has evidence of brain damage.” 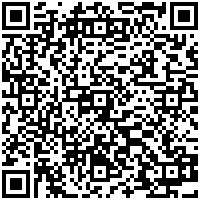