Our natural inclinations would have us believe that individual actions, whether errors in judgment or extravagant demonstrations of bravery, generally do not affect the course of human history.

After all, we cannot point to one individual’s act of heroism that accounts for the outcome of World War II. And even without Sergeant York, whom history regards as an incredibly brave soldier, the Allies still would have won World War I.

One cannot imagine what a single individual could have done to prevent the Holy Roman Empire from collapsing when it did; and despite the bravery of many Confederate soldiers they could not change the outcome of the U.S. Civil War: the South had to lose.

Superficially, at least, it would seem as though history marches on impervious to the private choices individuals make or fail to make.

But yet, when we really think about it, there are those occasions where one person’s actions have indeed mapped the course of human history.

The more obvious cases are extreme, criminal or evil. Consider the assassination of President McKinley by Leon Czologosz in 1901. From the (theoretically) simple act of an on-target shot the next three presidencies were all but determined. Theodore Roosevelt became president and pursued policies completely unlike those McKinley would have, which led to the election of President Taft and then to the election, in a political backlash, of the very intellectual President Wilson who led this nation into its first world war.

It is easy to see the domino effect here and it is reasonable to conclude that the history of the United States was changed for decades by one bullet.

That actions as extreme as assassinations and terrorist attacks can impact the fate of a nation is not particularly surprising. Indeed, it is often the case that those who commit such atrocities do so precisely because they want to bring about a substantial change – Yigal Amir’s assassination of Prime Minister Rabin is but one of many examples of this.

So individual acts of evil sometimes do change the course of the world.

But personal choices, even when no larger effect is intended, can also change the course of a nation’s history.

Case in point: Twelve years ago, on February 28, 1997, President Clinton had one of his intermittent encounters with Monica Lewinsky, though this was one that would prove fateful and that he admitted to regretting almost immediately: “I was sick after it was over and I was pleased at that time that it had been nearly a year since any inappropriate contact had occurred with Ms. Lewinsky,” he later said. “I promised myself it wasn’t going to happen again.”

One might ask what difference Clinton’s reprehensible though private conduct made on our national destiny. Certainly his wife and family suffered from his behavior, but people routinely succumb to temptations that adversely affect their families and we do not brand their indiscretions a matter of national import. But sometimes such actions have substantial repercussions. This was one of those times, and it has shaped America’s destiny since.

It was that February 28 encounter that would make Lewinsky’s navy blue dress a household word, leading to Clinton’s impeachment, which in turn forced the Democratic presidential hopeful in 2000, then-Vice President Gore, to distance himself from Clinton, a decision that ultimately deprived Gore’s campaign of Clinton’s active campaigning in areas of the country where his popularity remained undiminished.

Gore lost every Southern state in the 2000 election, including his own state of Tennessee and Clinton’s home state of Arkansas, and President Bush became president in an election so close it was essentially decided by Supreme Court fiat.

The Bush presidency, and the backlash against it, led to the election of our current president, Barack Obama, who stands in near total contrast to Bush in both style and substance. We see that all of this is a just ripple surrounding one fateful indiscretion by Clinton on February 28, 1997.

History could just as easily have come out differently. Had Clinton turned away from his encounter with Lewinsky (as he said he struggled to do), few doubt that Gore would have become president in 2000. These past eight years would have been completely different (maybe better, maybe worse; who really knows?) and the uniqueness of the president elected in 2008 might well have been that he was a Jew, Joe Lieberman – who would have been Gore’s vice president for two terms and the obvious Democratic presidential nominee in 2008. 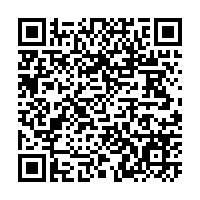