The murderous terrorist attack at spring near Ein Buvin in Judea and Samaria on Friday is a reflection of the ancient struggle over territorial control.


The story is about far more than mere unbridled evil striking down a father and his children on an afternoon summer hike. It’s a simple matter: Jews and Arabs aren’t only fighting over freedom of movement in the country’s open spaces, but over who controls them. This struggle assumes many different forms, spanning all corners of the land, from the Galilee to the Negev.

From the Palestinian perspective, Jews can perhaps exist in their city high-rises and engage in their white-collar occupations, high-tech and commerce—this is their place as Jews. The open spaces, on the other hand—the fields, springs and pastures—these the Arab must control. We should examine the significance of the “villa in the jungle” metaphor, posited by former prime minister Ehud Barak to describe Israel’s existential experience. In their fervor for security, the Jews exist only in spaces surrounded by fences, a type of upscale, safe ghetto whose boundaries they dare not leave.

Friday’s murderous attack also took aim at Prime Minister Benjamin Netanyahu’s promise that no Jewish communities will be uprooted in any future peace deal. The Jews of these communities may perhaps remain in their homes, as per Netanyahu’s promise—but they will forever be trapped inside their fenced and fortified communities. The open spaces, however, will be dominated by the Palestinians.

This, it appears, also forms the basis for the idea behind U.S. President Donald Trump’s peace deal.

As if the fight for the fields, springs and pastures is a relic of a past world. As if with the advent of technological progress, assisted by a nudge from the “genetic handicap” of the ghetto Jews forced into crowded cities while in exile, there is no value in fighting for control of the open spaces.

For decades now the Palestinians have understood the essence of their struggle better than us. The purpose of our struggle also used to be clear, and we’d be wise to embrace it again: We aspire to an existence in the land of our forefathers—in all its fields and open spaces, not just in our gated “villas in the jungle.” 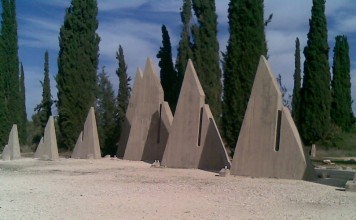 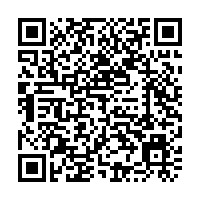