It has been painful and frustrating to watching the total dissipation of the effective deterrence Israel managed to achieve in Gaza over three major rounds of conflict (especially in 2014).


After three-and-a-half years of quiet, Hamas and Islamic Jihad launched four massive missile strikes in the wake of Israel’s erroneous decision to tolerate the “Campaign of Return” that began at the end of March 2018. To make matters worse, Israel has allowed itself to succumb to an extortion racket.

Any good strategy is inevitably based on maximizing your side’s relative advantage. Israel’s advantage over Hamas and its allies is clear. It possesses massive and exact firepower, and – compared to Gaza, at least – it possesses strategic depth.

This is the basis for the wisdom of engaging Hamas in massive rounds of warfare rather than worthless tit-for-tat rounds. However accurate Hamas’s missiles may be, they cannot compete with the accuracy of the IAF. Hamas is increasingly succeeding at overwhelming the Iron Dome system through multiple launches, but even at their most effective, these missiles can only hit buildings and cause partial damage. Citizens who take refuge in shelters usually come out physically unharmed.

By contrast, Israel succeeds at precisely hitting bad guys on motorcycles and, when necessary, pulverizing a building – all of it.

The punishment the IAF metes out takes place in a space of 360 square km. Hamas and its allies strike with lesser precision at twice the space when Ashkelon is included and eight times the area if the strikes include Ashdod and Beersheba.

In the three massive rounds, the number of bomb sorties equaled the number of missile strikes. The difference lies in the accuracy of the payload – almost 100% for Israel, less than 1% for Hamas – and in the payload itself, which is 250 kilo bombs vs. missiles carrying a payload of 25 kilos.

The difference in the magnitude of punishment explains why Hamas and Islamic Jihad launched fewer missiles after each massive round and why after the third and most punishing, Israel achieved three and a half years of quiet. The grandchildren of Hamas leaders, like Israeli children, suffer tremendous anxiety and bedwetting – it can hardly be otherwise, considering what they have grown up with.

Temporarily at least, Israel’s strategy is to play to the other side’s advantage. This is not new. The practice of succumbing to extortion plagued the early Zionist pioneers long before their presence was perceived by the local Arab elite as a threat.

To add insult to injury, the Israeli military establishment (and increasingly Netanyahu and other Likud leaders) justifies this extortion model on the basis of averting a “humanitarian” crisis.

To be sure, there is no way of extending humanitarian aid to the Gaza population behind Hamas’s back. Yet no Orwellian claims can negate the simple fact that any concession in importing dual-usage materials into Gaza increases the capabilities of Hamas and Islamic Jihad, and therefore increases the pain they can inflict on Israel. The last bout clearly demonstrated this fact.

Allowing aid into Gaza means increased revenues for Hamas, and imports of dual-usage materials increase Hamas’s firepower. In 2014, it took 300 missiles to kill one Israeli. In the recent bout, it took 180.

The moment Qatari dollars reach Gaza, Hamas can more easily pay for its regular assaults against the fence and punish the Israeli population living alongside it.

So where is the glimmer of light?

Hamas’s “return” riots have completely failed to galvanize West Bank Palestinians to strike either Israel or the PA.

Hamas hoped the riots would erase the effects of its takeover of Gaza in 2007, which divided a previously united Palestinian population.

The failure of the recent riots commemorating the Nakba to do either – West Bank Palestinians did not demonstrate against either Israel or the PA – suggests that Hamas remains tarnished with the sin of having divided the Palestinian people and weakened the cause.

Extorting Israel also bears a cost for Hamas and Islamic Jihad. The aim of both movements is to “liberate” Palestine. Trading truces for money and increasingly substituting defensive language – “if Israel strikes, we will hit harder” – for the rhetoric of “liberating Palestine from the river to the sea” gives the sense that Hamas is taking the path of Fatah, the movement it denigrates and claims to have succeeded.

There’s always hope that PM Netanyahu will go back to the right strategy of hitting hard and massively to achieve the accumulated pain that will bring Hamas to end the option of violence, as the Arab states and Fatah did before it. 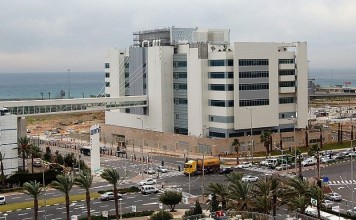 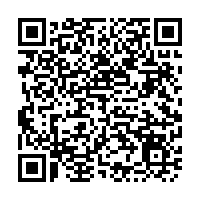