Shortly before the Gay Pride Parade in Jerusalem last week, Mayor Moshe Leon said he would be absent from the event because of a visit abroad. But on Wednesday, Yedioth Aharonoth revealed that while thousands of committed homosexuals marched through the city center, Mayor Leon participated in a salute to high school graduate who were about to enlist in the IDF, which was conducted at the same time as the parade, at the Binyanei Hauma International Convention Center.

Leon’s predecessor, former mayor Nir Barkat, never participated in the gay pride parade either, but made sure every year to stay outside Israel on the day of the parade.


By the way, Mayor Leon is far from being hostile to the LGBTQ community in Jerusalem, and this year the Jerusalem Municipality even trampled on the free speech rights of anti-homosexual citizens, when it forced the removal of street ads for an awareness campaign of the Hazon movement, which advocated against the destruction of the traditional family by the LGBTQ life style.

Moshe Leon’s office said in response to the accusations against Leon that “the mayor stayed abroad from Monday to Thursday, and landed in Israel at 4:00 PM, then went directly to a conference of conscripts to which he had committed himself in advance. The pride parade takes place in the city and will continue to take place in the future, the Mayor does not come to the parade by choice.”

So, a lot of different messages in one press release.

One of the reasons for the hurried response was City Council Member Elad Malka, of the Hit’orerut (Awakening) movement, the largest single party in the Jerusalem city council, advocating a secular city, who rebuked the religious mayor, saying: “It is permissible not to march, but it is forbidden to lie.”

See? In Jerusalem even the secular folks quote from the Torah.

“If the mayor really was connected to all the residents, he could have said boldly that he chose not to attend the parade. Leon chose cowardly tactics for political gain instead.”

Malka added: “I, too, did not attend the pride parade, like many in Jerusalem, but I will fight for the right of those who want to keep it. Instead of being an example for the containment of Jerusalem’s variety and diversity, Leon is becoming the symbol of small-time politics that sees the public as a burden that must be tricked. He lies to the public out of fear.”

Let us recall that the holy Rebbe of Kotzk once explained it was a match between flattery and falsehood that gave birth to politics. It is very likely that Elad Malka served as a kosher witness under that chupah. 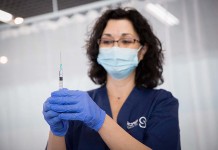 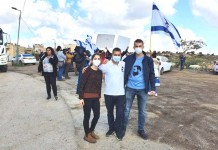 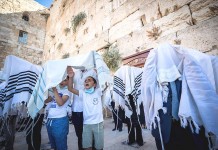 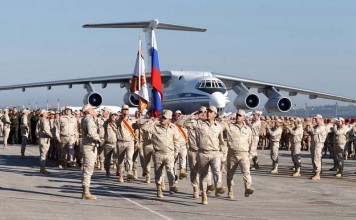