What is your name?


Tell me about yourself.

Wait, is my lawyer almost here?

No, and you’re not going to see him for a few days yet either.  Now—three years in jail wasn’t enough for you?

It’s not so bad there.  We get 1,600 shekels every month from the Palestinian Authority to buy stuff at the canteen.  Also a salary.  We watch TV.  Get family visits.  Play with sports equipment the Red Cross brings.  Great food.  We’re treated as prisoners of war.

I tried throwing rocks to kill, I didn’t manage, I got just three years.  I got out of jail, went back to killing, and this time I did it.

But now you’ll serve much longer.

Give me a break.  Do you actually believe that?  Either Hamas will get another soldier, or Abbas will put me on a list of prisoners he demands be freed.  And if not this time, then next time around.

We at the ISA would oppose any such move.

Look, are you for real, or did you come to laugh at me while I’m lying in the hospital?  You opposed the Schalit Deal too.  We won.

I think you should take a look at Haaretz, boss.  You remember Samir Issawi, the prisoner who went on a hunger strike?  One of the ones who were freed in the Schalit Deal?  He went back to the “resistance.”  Because of pressure from you at the ISA and Almagor at the Supreme Court, a condition was attached to the release, that if there would be any sort of minor violation, a prisoner would go back and serve his whole sentence—in his case, ten years.

So what?  He went on a hunger strike.  Your journalists stuck up for him, and Netanyahu decided to free him in another eight months.  You didn’t see the letter they wrote for him in Haaretz?  They were practically fawning over him.

Maybe I’ll go on my own hunger strike …

Cut out the political lectures.  I want to know who’s behind you.

Listen to the radio!  Look at the schools’ syllabuses praising the shuhada (martyrs)!

You people don’t even listen to Abbas and Jibril Rajoub!  They hold us up as national heroes.  They’re the ones who sent me.

Let’s talk about what happened at the time of the attack.

I saw that your bus stops are total chaos so much of the time.  You have soldiers there, but they stand off on the side, and they don’t give us any problems getting to the hitchhiking stations.  There haven’t been roadblocks in ages.  If there were a red line around the station saying we can’t go past, then granted, the soldiers would notice I’d gone over there.  But there isn’t any.

I bought a big knife.  I stood there with a bunch of laborers, walked around as if going to the hitchhiking station, went over to my target, and stabbed him a few times.  Simple as can be.

But didn’t he have a pistol?  Weren’t there armed soldiers?

Yeah, but the Zionists don’t walk around with their guns ready—even the settlers.  They’re bashful.  I love it.  Obviously if I saw settlers with guns drawn every day, I wouldn’t think about coming near them.

Nah, I wasn’t afraid I’d get killed.  The soldiers weren’t going to shoot to kill as long as I was done killing.  It’s such a game.  You put your hands up, you go to the slammer.

But what did you get out of it?  You killed a man with five children.

We got plenty out of it.  Today Netanyahu said that the solution is two states for two peoples.  Why do you think he said that?  Because of the armed struggle.

The members of the Bat Ayin underground, the only Jewish terrorist group serving time in prison, received sentences of 13 to 15 years.  For Palestinians, attempted murder carries a sentence of eight years or less.  We discovered this factoid when we obtained lists of prisoners who stand to be released: the most recent ones received eight years or less for unsuccessful gunfire.  For rock throwing they receive two to three years.  One military judge saw fit to determine that since rocks do not always hit their target, it is fallacious to assume that those who throw them intend to murder.  The message is simple: First kill a Jew.  Then we’ll figure out your intent based on the results.

We investigated the 120 prisoners Mahmoud Abbas is demanding Israel release because they are “long-time prisoners,” “old,” or “sick,” and it turns out that nearly all of them are serving life sentences (or two, or three … or 17).  Almagor (The Jewish Terror Victims Association) now has in its possession the names of all those terrorists, as well as descriptions of what they did, and is waiting for a brave journalist who is prepared to expose this information to the public through the media, the bulk of which is under the thumb of Jibril Rajoub, the lead Palestinian propagandist on this issue.

The murder victims have families that expect justice to be done, just as they were promised.  They expect that justice will not cancelled due to pressures that are not germane, with a wink that yes, we promised at the graveside that our long arm would catch them, but we didn’t promise they would serve out their sentences …

Originally published at Mekor Rishon. Translated from Hebrew by David B. Greenberg. The above does not represent an actual interrogation transcript. 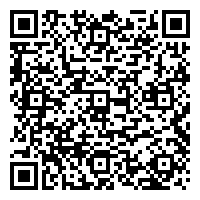