Since the signing of the Oslo Accords in 1993, Palestinian terrorism in Israel and Judea and Samaria has claimed the lives of more than 1,500 innocents, including at least 64 American citizens. Many more have been injured, leaving families across the globe impacted forever by the loss and trauma.

Nothing can bring back the lives of those murdered in senseless, barbaric acts of Islamic terrorism. But the families of the U.S. victims of Palestinian terrorism – and those U.S. victims that have survived some of the most horrific acts imaginable – are entitled to receive justice, in accordance with the law of the United States.

U.S. law provides American prosecutors the necessary tools to prosecute the perpetrators of these criminal acts. In 1990, the U.S. Congress passed the Anti-Terrorism Act, 18 USC Sec. 2332, which requires the prosecution and punishment, in United States courts, of individuals who murder or maim American citizens in acts of international terrorism. Since 2005, there has been an office within the Department of Justice (DOJ) – the Office of Justice for Victims of Overseas Terrorism (OVT) – to pressure the DOJ to prosecute terrorists who kill or injure Americans overseas, and to assist the living victims and their families.

The DOJ has not indicted, extradited, or prosecuted a single Palestinian terrorist who killed or maimed an American citizen in Israel or Judea and Samaria, despite the tools at their disposable, and the law which instructs the Department to do so. On February 2, Representative Ron DeSantis (R-FL), Chairman of the Subcommittee of National Security of the House Oversight and Government Reform Committee held a hearing to examine exactly why these American citizens and their families have never received justice.

The OVT is not accomplishing “what Congress intended,” DeSantis noted during his opening statement. The office was established as a result of the Koby Mandell Act of 2004, legislation named in honor of a 13-year-old boy who, on May 8, 2001, was murdered, along with his friend Yosef Ishran, by Palestinian terrorists in Tekoa, Israel. “The mother of Koby Mandell called the office ‘an affront to her son’s name,’ ” Chairman DeSantis added.

When the OVT was established within the DOJ in 2005, then-Attorney General Alberto R. Gonzales stated, “This new office guarantees a voice for victims and their families in the investigation and prosecution of terrorists who prey on Americans overseas.” Unfortunately, the testimonies of the victims during the hearing show that the exact opposite has occurred – OVT has for the most part not communicated at all with the victims and their families.

Witness Sarri Singer, who was injured in a suicide bus bombing in Jerusalem in June 2003 and is the founder and director of Strength to Strength, an organization that supports victims of terrorism, stated during her testimony: “I’ve spoken to a number of families in my position and while their interactions with the FBI and Department of Justice have generally been professional and polite, without exception, they have received no meaningful, substantive information about the investigations of the attacks at issue and no concrete evidence that any serious investigation has even been attempted. Then there are other victims who I am in touch with who do not even know that the Office of Justice for Victims of Overseas Terrorism exists.”

“We have learned far more, for instance, over the past decade about our daughter’s killers from YouTube and Twitter than from updates received from the Office of Justice for Victims of Overseas Terrorism. To say it bluntly, I am sorry to report that there have been no updates,” Arnold Roth, whose daughter Malka was murdered by a suicide bomber at a Sbarro restaurant in Jerusalem in August 2001, stated in his testimony. 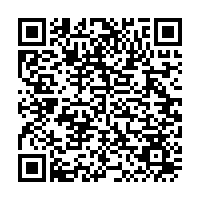