A stagehand is one who works backstage or behind the scenes in theatres, film, television, or location performance. The work includes setting up the scenery, lights, sound, props, rigging, and special effects for a production. – Wikipedia


One of the most amazing aspects of the biblical Exodus narrative is that Moses spent his early years raised in Pharaoh’s own palace. The very person who would end up bringing Egypt to its knees was nurtured in the palace of its king. This certainly is an incredible example of divine providence.

Several of our classical biblical commentators have pondered the following question: In God’s great scheme of things, why was it necessary for Moses to have spent his developmental years as a member of Pharaoh’s household – away from his own family and people?

Rabbi Berel Wein relates the following story about the great Lithuanian-born Rabbi Yosef Kahaneman (1886-1969): Despite his great scholarship, as a young rabbi he was turned down for a rabbinical position that had become available in his hometown. Years later, the head of the search committee sheepishly explained to the by then famous Rabbi Kahaneman why his community couldn’t hire him to serve as their rabbi: they remembered him as a child playing with marbles. The community decided that in order to fully respect their spiritual leader, they had to hire a rabbi who had not grown up in their midst.

Hadn’t the other rabbinic candidates all played with marbles in their own hometowns as children? Of course they had. But Rabbi Kahaneman’s townspeople never saw those other rabbis playing as children. As such, they were able to look at any rabbi other than Rabbi Kahaneman and think of him as a scholarly leader from the day he was born.

This sounds exactly like Ibn Ezra’s second suggestion as to why Moses needed to grow up in Pharaoh’s palace. God understands the way mankind is hardwired – after all, He is our creator. He wanted to remove any obstacles that may have made it difficult for the Jewish people to respect and follow Moses. Thus, in order for them to properly relate to their future leader, Moses had to be separated from his family and people in his youth. He had to grow up away from his community so that the people he would one day lead would never see him “playing with marbles” as a child. Only then could they have the full measure of awe for the leader God knew would be best for them.

As such, separating baby Moses from his family, and ensuring he would spend his youth apart from his community, were crucial details in God’s engineering the future redemption of His people.

Let us remember God’s involvement in the destiny of the Jewish nation as we gather to celebrate on Pesach. May God continue setting the stage for our ultimate redemption – as He did for our ancestors in Egypt. 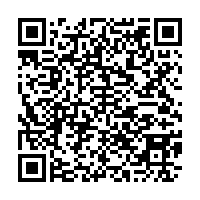