The firestorm that erupted with the YouTube posting of excerpts from a 1990 sermon by Pastor John Hagee – reflecting his belief that the Holocaust and the establishment of Israel both reflected God’s will – is a case study of how certain religious views have been placed beyond the pale of permissible discussion.

Within a week of the posting, the reputation of the leading Christian supporter of Israel had been trashed, his views distorted, and the Republican presidential candidate forced to disavow his support – all without any serious discussion of the sermon, its theology, or its relationship to Jewish scriptures.


As always, truth was slow to get its boots on, but the response of the new media was nevertheless impressive. David Brog on The American Thinker website, Anne Lieberman on the Boker Tov, Boulder! Blog, and Joel Mowbray in the Washington Times, among others, distinguished themselves. Morton Klein of the Zionist Organization of America published an articulate defense.

Here is some additional material necessary to understanding Pastor Hagee’s views and work, and the controversy his sermon produced:

Whether one agrees with his remarks or not, they are hardly controversial to those familiar with the conversation Jews have been having with and about God for thousands of years.

Pastor Hagee is hardly the first person to posit an interactive relationship between the hand of the Creator and the fate of the Jewish people. His opinion in this matter may be uncommon in the mainstream, but it is hardly singular, remarkable or exceptional among Holocaust survivors.

Founder and president of CJHSLA, Doris Wise Montrose, said, “My entire life I never heard a discussion about the Holocaust that did not bring up God. Many survivors, including my father, believed that God had a hand in the Holocaust, either by causing it or by allowing it to happen.”

CJHSLA urges the public, especially the Jewish community, to recognize and appreciate Pastor Hagee’s stalwart leadership in American Zionism, as well as his overt, compassionate and substantial support for Israel. Hagee’s organization, Christians United for Israel [CUFI] has raised over $30 million for charities in Israel, and for this he deserves our gratitude.

“What I know for certain,” said Montrose, “is that 6 million Jews were brutally and systematically murdered over a period of twelve years – from 1933 to 1945 – because human beings here on earth did nothing to stop it. Pastor Hagee understands that better than most, and has made it his business not only to seek atonement for the sins of those who stood idly by, but also to ensure that history is not allowed to repeat itself.”

“At CJHSLA, we stand with John Hagee,” Montrose concluded. “He should be honored, not scorned.”

2. In late March, Pastor Hagee was the subject of an earlier media flare-up, relating to his purported antagonism to Catholicism and gays. He addressed those concerns in a dignified statement to his congregation (followed by a letter to the Catholic League, which subsequently praised his sincerity and courage in handling the controversy and called it “closed”).

CUFI posted the video of Pastor Hagee’s statement, to which the congregation (numbering in the thousands) listened in respectful silence, until the audience interrupted with applause, which turned into a standing ovation, right after this statement:

As most of you know, two years ago, I founded Christians United for Israel. I believed then and believe now that Israel’s friends dare not be silent when Israel is facing such serious threats to her existence.

Ever since I started speaking out for Israel, I have come under intense scrutiny and increasing attack. I did not plan to spend this period of my life in the middle of a political firestorm. Rest assured I will not shrink from our work on behalf of Israel. I will continue to stand with Israel in the future. [Applause and standing ovation]

3. In early March, Pastor Hagee appeared at Stephen S. Wise Temple in Los Angeles (one of the largest Reform congregations in America) for an extensive colloquy with Rabbi David Woznica. During the colloquy, Pastor Hagee described how he founded Christians United for Israel: 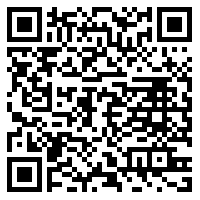