Home InDepth Op-Eds History, Eugenics, And The Jews
Share on Facebook
Tweet on Twitter
The September 12, 2003 issue of The Jewish Press carried an article by Edwin Black tarring the American eugenics movement with the brush of National Socialism and genocide.

In Israel itself many eugenic measures have become widely accepted. There are now more fertility clinics per capita there than in any other country in the world. Surrogacy was legalized in 1996. In vitro fertilization and embryo transfer are preferred by some rabbis as a form of fertility treatment that does not violate the literal halachic precepts against adultery. And, although human reproductive cloning is currently not permitted because the technology is not yet considered safe, the Chief Rabbinate of Israel sees no inherent religious interdiction in reproductive cloning as a form of treatment for infertility.

Eugenics is popularly presented as the ideology of the Holocaust and is an object of intense vilification, leading the Jewish philosopher and Zionist Leo Strauss to coin the maxim “reductio ad Hitlerum”: Hitler believed in eugenics, X believes in eugenics, therefore X is a Nazi.


The central argument of the eugenics movement is that there is a negative correlation between IQ and fertility. That is, intelligent people are not having enough children to replace themselves. In all surveys this trend has continued to this very day, notably among the Jews, a high-IQ group whose “Total Fertility Rate” is below replacement.

According to the National Jewish Population Survey, Jews in America entered into a precipitous decline in numbers in the decade 1990-2000, reflecting a pattern typical of high-IQ groups. Half of Jewish women age 30-34 have no children, and nearly half of American Jews are 45 or older. The current Jewish rejection of the eugenics movement is actually a denial of what is empirically evident in modern human populations. For the Jews – and not just the Jews – such a position is no less than suicidal.

While the eugenics movement in the early 20th century was indeed a largely WASP phenomenon, Jews played a modest but active role in the movement. In 1916 Rabbi Max Reichler published an article entitled “Jewish Eugenics,” in which he attempted to demonstrate that Jewish religious customs were eugenic in thrust. A decade and a half later Ellsworth Huntington, in his book Tomorrow’s Children, which was published in conjunction with the directors of the American Eugenics Society, echoed Reichler’s arguments, praising the Jews as being of uniquely superior stock and explaining their achievements by a systematic adherence to the basic principles of Jewish religious law, which he also viewed as being fundamentally eugenic in nature.

The German League for Improvement of the People and the Study of Heriditary was even attacked by the Nazi publisher Julius F. Lehmann as targeted subversion on the part of Berlin Jews. Lowenstein was a member of an underground resisting the National Socialist government, and Chajes, Goldschmidt, Hirschfeld, and Poll emigrated. 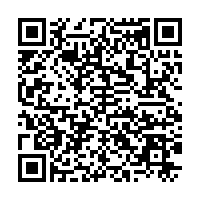