With anti-Semitism increasing and radical groups in Congress such as “the squad” gaining prominence, I decided to examine the similarities American Jewry today and Germany Jewry in the 1920s ad ‘30s.

The Times of Israel published an interesting article a few years ago with the title: “Why Jews didn’t blink an eye when ‘Mein Kampf’ first came out.” Its author writes, “Prewar Germany had no shortage of Jewish newspapers, but none reviewed Hitler’s book.” Amazingly, they apparently didn’t want to “waste time with such nonsense.”


A majority of German Jews felt the same way. Mein Kampf amplifies every anti-Semitic trope and libel that has haunted the Jewish people throughout the millennia – from the Patristic Fathers to the Holocaust.

Yet, German Jews weren’t alarmed. The German Jewish press remained deafeningly silent for the most part – as did mainstream German-Jewish organizations and the Jewish intelligentsia.

When Hitler was appointed chancellor by President von Hindenburg on January 30, 1933, the Central Association of German Citizens of Jewish Faith – Germany’s most prominent Jewish organization – issued a statement. It expressed misgivings, but concluded: “Nevertheless, we are convinced that no one will dare to violate our constitutional rights.”

After all, weren’t German Jews loyal German citizens? Hadn’t an estimated 100,000 Jewish military personnel served in the German Army during World War I with 12,000 perishing in service of the Fatherland?

Despite Hitler’s meteoric rise to power and increasingly virulent anti-Semitic incidents throughout the country, the heads of the Central Association weren’t alarmed. They issued this statement on February 12, 1933: “There is not the slightest reason to depart from our association’s basic principles. Our deep inner bond with both German culture and Judaism should help us overcome all the difficulties besetting us.” How did that work out for them?

Fast-forward to today. Is it really inconceivable for such evil to unfold here in the U.S.? Most would dismiss the question out of hand as ludicrous, arguing that we are blessed by a constitution and a politically-moderate electorate. But so was Germany – until it wasn’t. President Ronald Reagan once aptly stated: “Freedom is never more than one generation away from extinction.”

Times change, demographics change, political parties change. Groups that were once the greatest supporters of Jews and Israel today are dismissive, at best, and outright anti-Semitic, at worst. They spew anti-Semitism under the guise of anti-Zionism and are only tepidly reproached by Jews, if at all.

Small groups of U.S. politicians for the first time are not hiding their animus toward Israel. Emboldened by support within their party and constituency, they have no compunction espousing anti-Semitic tropes and writing sentences like “Israel has hypnotized the world” and “May Allah awaken the people and help them see the evil doings of Israel.” Yet, their remarks are often dismissed, even by Jews, as mere expressions of their First Amendment rights.

This past March, a political bloc in Congress voted down a resolution condemning anti-Semitism and replaced it with a watered-down version condemning all hate. But other than this brief, feigned outrage, business has gone on as usual.

On campuses throughout the United States, pro-Jewish organizations, students, and speakers are commonly shouted down and intimidated by radical groups tolerated by school officials and often inspired by professors who agree with their views.

If history is any guide, Jews and Israel will serve as convenient scapegoats for radical malcontents as the United States unmistakably drifts further apart into two distinct political camps. Although we are a successful minority in American society, we should not fall into the trap of complacency. We made that mistake once before. 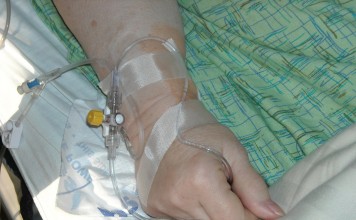