When I started applying to college some 30 years ago, I mentioned to my dad that I wanted to attend Boston University. As my father was hardly yeshivish and had attended the University of Miami himself, I assumed he would be okay with my preference. Surprisingly, he let me know that I would be spending a year in a yeshiva in Israel followed by Yeshiva University.

Thirty years later, I asked him why he took such a strong position given that we were raised Modern Orthodox and that he (and my mother) had both gone to secular universities. He explained:


“Avi, it doesn’t take a genius to see what happens when a nice Jewish boy is surrounded by all things impure. I wasn’t about to put you in that position. In Yeshiva University, you can meet a nice, frum girl a lot easier than in a secular college. Plus, you have kosher food, a shul, a good group of friends, and rabbis galore – all in a positive Jewish environment – not to mention that you also get a superb secular and Judaic education.”

While YU is hardly immune to outside forces and is no guarantee of anyone’s frumkeit, it is still the best option around for anyone looking for a great environment fostering Torah Umadda.

For my older brothers, attending YU was an even bigger sacrifice because they are both geniuses and could have gone to Ivy League schools. But they went to YU, and two of us even married Stern girls.

My father’s approach life is to see things, not as they are now, but as they will be in 20 years. My father knew all too well the dangers of attending secular college, and matters have only gotten worse in the years since. Already decades ago, Rabbi Meir Kahane, z”l, wisely observed, “[A]fter these kids return to their college campuses and their enticing shiksa classmates, all of their Jewish and Israel experiences fade into a memory.”

Naturally, there are exceptions to the rule, and, generally, very regimented and religious Jews can maintain their frumkeit in a secular college, but the average Modern Orthodox student who attends these colleges is putting himself at grave risk.

Think I’m exaggerating? When I was younger, I met an extremely lovely Orthodox family from the Midwest with amazing children. The parents were high achievers and believed their children needed to go to top Ivy League schools. So instead of spending a leap year in yeshiva in Israel, they immediately attended Columbia and Yale.

I recently found out that all their children married non-Orthodox men they met in college and their grandchildren don’t even belong to an Orthodox shul.

Recently I asked a religious woman why she sends her son (who unfortunately is no longer religious) to a secular college. She explained that her job as a parent is to teach and expose her children to a life of Torah but when they are adults, the choice is theirs to make. Pointedly, I said to her, “If you had a choice between having a very wealthy successful son who became a doctor but wasn’t observant or a son who was observant but not well off, what would you prefer?”

She stammered and stuttered and couldn’t give me an honest answer because she realized that while she raised her kids in one direction, her true motives revealed a different set of priorities. And her kids know it. After all, if she truly wishes to raise an observant family, why would she place her children in spiritual danger? Yet, she couldn’t actually admit what her actions revealed.

The holy Chofetz Chaim once came to a town in Poland and urged its residents to build a mikveh. They refused to do so, repeatedly, so one day he called a meeting and said:

“Gentlemen, I have come here several times pleading with you to build a mikveh since not having one is a Torah violation. Yet, you won’t build it and offer all sorts of excuses and explanations. The problem is that when I die, I’m going to see G-d, and He’s going to ask me why I didn’t build this mikveh. Therefore, I have written all this down on a piece of paper and I want each of you to sign it. That way, when I pass on, I will be able to defend myself.”

The letter was passed around the table, yet not a single person wished to sign it.

The holy Chofetz Chaim then exclaimed, “Why can’t you sign it? Your open refusal to build the mikveh is your signature! Your actions speak for you!”

The many Orthodox parents who send their children to secular colleges despite knowing the risks involved are no different than the townspeople who refused to sign the paper.

Every parent spends a lifetime trying to protect his or her children from danger, illness, and harm. But just as unhealthy foods, noxious gases, and gamma rays harm our bodies, spiritual contaminants harm our souls. No sensible Jew would ever openly disgrace a Sefer Torah. Yet, when we place our children in a dangerous environment, we are disgracing the words in it. Our actions serve as our signature – whether we wish to sign or not. 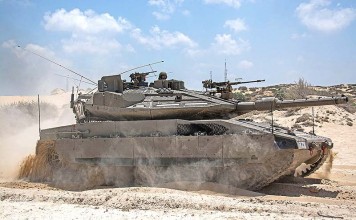