“What the eyes miss, the heart sees” – H. Kagedan

It was the eighth day of Passover 2005. I was seated next to my father in the synagogue. This would be my first time in a Yizkor service. Heretofore I had been one of the lucky ones ; I had been blessed with two living parents, and as such, I was among those who privileged to leave the sanctuary prior to this solemn prayer.


Sadly that was no longer the case, as my dear mother had died. In retrospect I now realize I had been deluding myself into believing I would never have to say Yizkor. Unfortunately, that delusion was shattered, and a new chapter of my life was about to begin.

As a product of a yeshiva education I knew that Yizkor is one of Judaism’s most emotional and heart-wrenching prayers. We recall our loved ones who have died and recite the prayer that is meant to elevate the soul of the departed.

Intellectual knowledge and emotional understanding, however, are two vastly different experiences. As I tried to say the prayer, a series of emotions, thoughts, and memories flashed through my mind. I thought of my mother’s sparkling blue eyes, her unbridled devotion to her family, her charity work, and her culinary skills. There was something surreal about reciting Yizkor for my mother who was still very much alive in my mind.

There was another disturbing incongruity I found extremely puzzling. Yizkor is recited only four times a year: on Yom Kippur and on the Shalosh Regalim – Shemini Atzeret, Passover, and Shavuot. The Shalosh Regalim are meant to be joyous celebrations, as the Torah says, “And you shall rejoice in your Festival…and you will be only happy” (Deuteronomy 16:14, 15). So why do we recite Yizkor on these days? Furthermore, why is it always said on the last day of the holiday?

As the cantor solemnly intoned the start of Yizkor I found myself thinking, “What is going on here? Today is Yom Tov….I have a couple of days off from work…I am with my family and friends…I have delicious food to enjoy…I had been feeling happy and content. Why is Hashem requiring me to think about the death of my mother now? Why not recite Yizkor on a fast day like Tisha B’Av when I am already feeling miserable?”

I recalled that when I was a child, the 21st century seemed like the distant future that existed only in science fiction stories. Now, I found myself marveling at the speed with which life had passed. My mind flashed back to an incident that occurred in my adolescence. During the warm months of the year my family often spent Sundays and vacations at Bradley Beach, a small seaside town in New Jersey. The shore attracted many teenagers who were just beginning to experience the pleasures of coming of age. As a 16 year old, my future seemed endless.

Bradley Beach was also a favorite vacation spot for senior citizens who came to enjoy the ocean air and cool breezes. One evening a group of us teens were walking on the boardwalk, savoring our nascent sense of omnipotence and conducting ourselves with typical teenage swagger. Sitting in a gazebo nearby were a group of elderly people singing the songs of their youth. This struck us as silly. We were cool; our heroes were the Beatles, the Rolling Stones, and Bob Dylan. These “old” people were singing what we thought were ancient songs. We laughed and mocked them. One woman leered at us and said in a strong voice, “Just wait…someday, you’ll be old too!”

I still remember the emotions evoked by her stinging reprimand. I felt like I had been cursed – and even worse, I was so sorry to have hurt someone’s feelings. 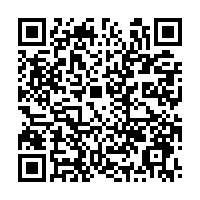