Seeming to give credence to Orwell’s quip that “some ideas are so stupid they could only have been thought of by intellectuals,” faculty at the University of Southampton in England was going to sponsor a three-day conference later this month called “International Law and the State of Israel: Legitimacy, Responsibility and Exceptionalism.”

The conference was cancelled, however, due to a backlash of outrage from supporters of Israel and academic fairness. Among those condemning the conference were members of Parliament, the Jewish Board of Deputies, and the Zionist Federation UK.

It is clear, both by the questions posited as the themes of inquiry of the conference and the list of intellectuals who were scheduled to present papers at the event, that the purpose and end product of the conference was yet another formalized indictment of Israel – nicely disguised as a bit of academic inquiry and brave new scholarship.

Each of the published list of speakers had impeccable anti-Israel, anti-Western, anti-American credentials and ideological track records that essentially guaranteed the conference would devolve into a hate-Israel rally, with each presenter echoing and building on a bucket of collective calumnies.

There was Richard Falk, professor emeritus of International Law and Policy at Princeton University and the UN’s former preposterously titled “Special Rapporteur on the situation of human rights in the Palestinian territories occupied since 1967,” who once wondered aloud if it was “an irresponsible overstatement to associate the treatment of Palestinians with this criminalized Nazi record of collective atrocity?” on the part of Israel, and then answered his own question by saying, “I think not.”

Then there was the conference’s organizer, Oren Ben-Dor of Southampton’s Law School, whose bias against Israel is blatantly clear in such expressive phrases as the one in which he characterized the Jewish state as “the arrogant and self-righteous Zionist entity.”

Another on this grisly list of academics was the fatuous Ilan Pappe, for 23 years a professor at Haifa University whose anti-Israel, anti-Zionist views are widely embraced for their stridency, as is his “revisionist” style of history that casts Israel as the perennial villain of the Middle East. He was forced to resign from Haifa and decamp to Exeter University in England because he sided with a 2007 British-led boycott of Israeli campuses, including his own.

The primary objective of this conference was not, as is more customary with inquisitions of Israel’s place in the community of nations, to discuss the legality of settlements, the dreaded occupation, the “siege” of Gaza, the status of Jerusalem, or the so-called legal right of return of Palestinian refugees.

Instead, the conference sessions were designed to outline a tactical approach for questioning the fundamental legitimacy of Israel itself, to judge it as being illegal under international law and moral codes, and to investigate and recommend steps by which legal action could be instigated by the international community to deconstruct a sovereign nation, reverse history, and rebuild a new version of Israel based on the utopian fantasies of academics.

The conference also intended to review the circumstances of the creation of Israel and how that process was essentially unjust in both affecting Palestinian Arabs who fled or were displaced from what became the Jewish state, and for allegedly denying civil and human rights to those Arabs who remained in Israel after statehood was achieved.

“For its initial existence,” the tendentious conference materials read, “the State of Israel has depended on a unilateral declaration of statehood in addition to both the expulsion (or as some would say the ethnic cleansing) of large numbers of non-Jewish Palestinian Arabs in 1947-49 and the prevention of their return. Furthermore, the Jewish nature of the state has profoundly affected the economic, constitutional, political and social life of those non-Jewish Arabs who were allowed to stay.” 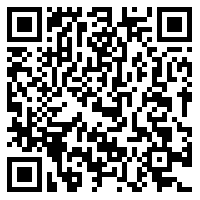