Our job, in general, is to work against the effects of curses, not to accept them. If we were to assume – and I don’t understand the reasoning for such an assumption – that rabbinic sources saw a black race saddled with the weight of an ancient curse of cultural inferiority, our task, I would think, would be to find ways to educate and refine the unfortunate bearers of that curse and allow as many to escape it as possible. The presidential victory of Barack Obama – beyond any political misgivings – would be met with a certain amount of jubilation, rather than smirks, for his having traveled so far, just as we cheer when Eliezer manages to transcend the curse that hounded him.

Most Jews who use racial humor or epithets are not racists. They should stop and consider, however, what impact their behavior has on many other people. It is hard to believe that they would even take a remote chance in losing neshamos for the observant community.

Some people, regrettably, are racist in the true sense of the word. Perhaps they should devote more study to the fullness of Torah concepts like tzelem Elokim – the image of God – and the robust nature of individuality. They should have another look at the Netziv’s introduction to Bereishis, where he opines that it is called Sefer Hayashar – the Book of the Upright – because of Avraham’s treatment of even the most despicable of his contemporaries. Despite his rejection of their ways, “he dealt with them with love, and was concerned for their well-being.”

For the true racists, the neshamos they should worry about are their own. 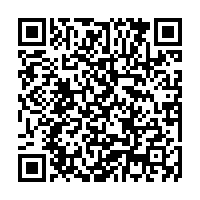