What happens when we become too frightened to think, laugh, and feel

To paraphrase Mark Twain:  rumors of the death of comedy may be exaggerated.  But not by much. And maybe not for long.

Back in 2015, a rash of headline stories reported how many A-list celebrities – Jerry Seinfeld, Chris Rock, and Trevor Noah among them – were refusing to appear on college campuses.

Humor is a complicated art form.  Not edgy enough is boring. Too edgy is offensive.  Finding the sweet spot takes cleverness and discernment, wit and wisdom, brashness and restraint.  It’s an elusive target, and no one hits it every time. Even the best comedians occasionally miss the mark to one side or the other.

But as safe-spaces and hypersensitivity overtake colleges across the country, students are increasingly losing their collective sense of humor.  With alarming frequency, young people are rejecting comic routines as expressions of racism, sexism, and prejudice.

This is not a bad thing in and of itself.  From a societal point of view, coarse, suggestive, and demeaning barbs are not healthy forms of entertainment.  Perhaps some reverse-course correction is in order to restore balance to our sensitivities.

But balance is in short supply these days.  In comedy, as in politics, the rational middle has been abandoned by headlong flight to the extremes.

DON’T SMILE FOR THE CAMERA

That’s only one repercussion of political correctness. I experienced another first-hand last week when I addressed a group of college students in New York City.

Upon receiving the invitation to deliver a TEDx talk at a respected university in the Big Apple I eagerly accepted.  TED has become perhaps the most prestigious platform for the dissemination of new ideas promoting social change.  As a rule, TED audiences are highly informed, astute, and engaged. I expected nothing less from this crowd.

Whether by chance or by design, I was the first speaker of the evening.  I had crafted my opening line to catch the audience by surprise and put them off-balance, and it seemed to hit the mark perfectly.  The ripple of uneasy laughter that swept through the crowd of 150 students was exactly what I had hoped for.

But that was about it.  From that moment forward, the audience, although politely attentive, remained unresponsive to my laugh lines, failed to rise to my high points, and displayed as much enthusiasm for my call-to-action as if I had offered them a 10% discount on their next car wash.

What happened to the energy and excitement associated with the TED tagline, ideas worth spreading?

WAITING FOR THE WORLD TO CHANGE

Inevitably, the culture of thought-policing has affected college students the same way radar-equipped patrol cars affect traffic.  Everyone slows downs and tries to blend in, determined not to take any chances that might result in attracting attention from authorities or risking peer censure.

As I looked out at the students, I imagined thought bubbles floating above their heads.  Don’t laugh too hard; it might be seen as a micro-aggression.  Don’t look too engaged; it might be perceived as unsanctioned endorsement.  Don’t look too curious; it might construe disapproval.  I almost longed for the irreverent, undisciplined antics of my former high-school students.  At least I knew they were alive.

Ironically, my talk invoked King Solomon’s observation that, Iron sharpens iron, and one man sharpens the mind of his fellow.  If we aren’t willing to take intellectual risks and hone our opinions and arguments through the clash of logic and reason, we condemn ourselves to be not only dull-witted but simply dull – uninspired and uninspiring.

Several individuals did make the effort to come over to say how much they enjoyed my talk.  Were the rest too timid, or were they simply unmoved?

It was possible, after all, that I simply delivered an uninspiring speech, that the students’ tepid response was all that my lackluster presentation deserved.  How could I be sure?

I returned to my seat, and the second speaker took the floor.  He gave a solid talk, bringing compelling stories and sound logic to support an important point.  Again, the crowd was politely anemic.

The speaker concluded his talk and, as he returned to the seat next to mine, he leaned over and whispered, “Was I horrible, or is it this crowd?”

I didn’t think twice before answering:  “It’s the crowd.” 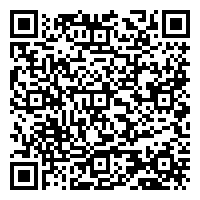