As a congregational rabbi, every so often I find myself trying to comfort others after the passing of a loved one. Until somewhat recently though, I was unable to fully relate to a particular detail many people have shared with me – that the absence of their loved one was felt most strongly during the Yom Tovim.

Since my father-in-law’s untimely passing about a year-and-a-half ago I now understand those feeling so much better.


Space does not allow for a complete biography of my father-in-law, but recounting some details of his life is certainly in order. R’ Shmuel (Muli) Feintuch, z”l, was born in Satmar, Romania in 1947. As soon as their paperwork was in order, he and his parents – both survivors of Auschwitz – emigrated to Israel. There, they were reunited with some of his father’s family who had also survived the Holocaust and resettled in Israel.

Shortly after his sister Yaffa was born in 1959, my father-in-law’s parents decided to relocate to the U.S. Being apart from her beloved sisters (also survivors of Auschwitz) was too difficult for my wife’s grandmother, and she longed to live close to them.

When my father-in-law first settled in Crown Heights, Brooklyn, he spoke no English. However, he had the good fortune of being about the same age as his cousins whom he joined at Yeshiva Torah Vodaas, as well as at summer camp, and he quickly caught up with the rest of his classmates.

My father-in-law attended Torah Vodaas for the next 10 years of his life, and he spoke with love, reverence, and awe when describing the rebbeim he was fortunate to count as his teachers. However, it was Rav Pam, zt”l, who made the greatest impression on my father-in-law (he had spent several years in his shiur), and his face would light up when talking about him or repeating one of his Torah thoughts.

After completing high school, my father-in-law continued his studies at his beloved yeshiva while attending City College to earn his degree in electrical engineering. Even after my in-laws were married in 1969, his day always began with Torah study; he was committed to the Daf Yomi program and stuck with its demanding routine through several cycles. His day always ended at shul as well and he often attended Torah classes before Ma’ariv.

If my father-in-law came alive at the Yom Tovim in general, he was bursting with exuberance during the Yamim Nora’im. For close to 40 years he served as the shaliach tzibbur at his local shul in the Flatbush neighborhood of Brooklyn. Over the course of so many Yamim Nora’im he used his gift of song, his understanding of the tefillos, and his meticulous pronunciation of the words to lead everyone around him in the special Rosh Hashanah and Yom Kippur prayers.

Though he already knew all of the tefillos so well, each year at Rosh Chodesh Elul he would take out his Machzor and set aside time each day to look over the prayers he would soon recite on behalf of his community. He understood the responsibility of serving as a shaliach tzibbur, and he took that role seriously. The tunes he used for his davening made a lasting impression on those who davened with him. (Regardless of where they spend the Yamim Nora’im, my wife, Layala, and her siblings have told me they still find themselves humming my father-in-law’s tunes during davening.)

My father-in-law was a man who possessed incredible strength and a lively character. I recently chanced upon a comment of one of our meforshim that I think explains the source of those traits – and links it to his joyous embrace of the Yom Tovim. In the 8th chapter of Nechemiah we find Klal Yisrael crying with sincere remorse on Rosh Hashanah, as Ezra and Nechemiah read to them from the Torah. During the relatively short span of the Babylonian Exile, a significant number of Jews had allowed their observance of Torah to lapse. Struck with the realization of how far they had strayed, many of them burst into tears.

Seeing the reaction of their fellow Jews, Ezra and Nechemiah taught them that this was not the manner in which God wanted them to behave on Rosh Hashanah. Instead of spending the day mired in feelings of guilt and regret, they taught our ancestors it was God’s will that they mark the date with festive meals at home with their families – and make certain that those who could not afford delicacies would be provided with them by the community. Ezra and Nechemiah concluded their remarks by stating (Nechemiah 8:10), “ . . . do not be sad, for the joy of Hashem is your strength.”

What did Ezra and Nechemiah mean with those words? In his 18th century commentary, the Metzudas Dovid explains that they were teaching us that joyously celebrating the Yom Tovim – which is a true manifestation of mitzvah-based happiness – is guaranteed to provide one with a sense of strength and vibrancy.

Our family saw this idea manifest itself in my father-in-law. I cannot think of anyone I’ve met who so enjoyed, celebrated, and enabled others to celebrate the Yom Tovim quite like he did. At the same time, I have a hard time thinking of anyone else I’ve known who was truly as lebedik – bursting with life, strength, and spirit – as my father-in-law.

This is why, in the year-and-a-half since his passing, I have come to understand what so many have described to me as the empty seat at their Yom Tov table. As my father-in-law’s extended family all gather around their respective Yom Tov tables, everyone surely notes his absence. At the same time, we also remember – and are doing our best to emulate – how he joyously celebrated the Yom Tovim with all his heart and soul.

May our exuberant embrace of the Yom Tovim result in our being blessed with the vitality we were so fortunate to witness in the life of my father-in-law, z”l. 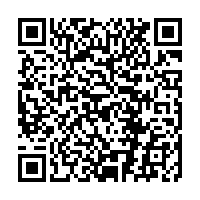