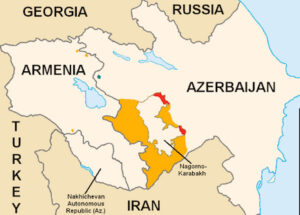 Hikmet Hajiyev, a senior adviser to Azerbaijan’s President Ilham Aliyev, recently reported that Russia has been engaging in massive arms shipments to Armenia since the former Soviet republic attacked Azerbaijani territory this July, killing 15 Azerbaijani soldiers and a 76-year-old disabled Azerbaijani citizen.  To secure peace and security in the South Caucasus region, it is of critical importance that Russia stop arming Armenia immediately, for all such shipments do is encourage Armenian aggression against Azerbaijan, a strong ally of the State of Israel.

In the early 1990’s, Armenia with the full support of Russia invaded the Nagorno-Karabakh region and seven other Azerbaijani districts.  At the time, Russia was seeking to punish Azerbaijan, which, having become an independent state, abandoned Russian military bases and forced official Moscow to leave Russian troops on its own territory, and completely rejected the military-political influence of Russia.


No one has forgotten that the act of genocide in the Azerbaijani city of Khojaly on February 25-26, 1992, was committed with the Armenian Armed Forces with the support of the Russian 366th motorized rifle regiment.  A startling 613 people were killed, 487 were crippled, and 1,275 old men, women and children were captured and subjected to torture and humiliation.  The civilians who managed to escape were brutally murdered in the forests by the Armenian military. The Khojaly civilian population was massacred because they were Azerbaijanis.  This barbaric cruelty towards innocent children, women and old people has no explanation.  This is not the tragedy of one generation, but also one of the worst crimes in the history of mankind, for all these deaths happened in one day.

Due to Russia’s colonial ambitions and the Armenian occupation policy in this regard, one million Azerbaijanis became refugees and one fifth of Azerbaijani territory remains under military occupation in violation of four UN Security Council resolutions.  Now, in the wake of the recent border skirmish in the Tovuz region, it appears that official Russia seeks to ensure that Armenia will be at a strategic advantage if another war between the two countries breaks out.

This is Russia’s way of punishing Azerbaijan for seeking to establish a pipeline to Europe that bypasses Russian influence.  The TANAP is set to deliver Azerbaijani gas to European markets via the Trans-Anatolian Pipeline and the Trans-Adriatic Pipeline, passing through Georgia, Turkey, and Southern Europe, thus bypassing both Russia and Iran.  This will result in reducing Europe’s dependency on Russian gas, which is something that Moscow dislikes.

Therefore, they did everything to get Yerevan to start a war to bring this pipeline to a halt before its construction could be completed.   However, Russia’s selfishness in this regard will harm peace and security in the South Caucasus region, for it appears that some of the Russian arms shipments to Armenia are then being sent onwards to Syria, thus making Armenia another country involved in the Syrian Civil War.

Armenia, a small country with a population of three million, has been in the position of geopolitical isolation in recent years.   Armenia survives thanks to the rich Armenian diaspora (private transfers account for two billion dollars a year) and sponsorship of the US Congress. Armenia’s great dependence on the outside world, which has overstepped all permissible norms, can seriously impede the realization of opportunities in the future. There is nothing personal, just a business.

Armenia’s external debt has grown by more than 300 percent and now accounts for more than 50 percent of its GDP. With the increasing external debt in comparison with the real income, Armenia is likely to face a full default. International financial institutions have repeatedly expressed their concern about this. Even though the country indicates that the poverty level stands at 32 percent this figure in reality exceeds 60 percent.

Armenia’s bad luck started with the occupation of 20 percent of the Azerbaijani territories. After this, Armenia went into complete geopolitical and geo-economic isolation. Armenia is a small country.   Therefore, it does not have a capacious market. This country cannot compete with Kazakhstan, Russia, China or even with the Ukraine. Accordingly, foreign businesses will not be interested in 3 million Armenian consumers. If Armenia had several billion cubic meters of gas or oil, then everything could be different, but Armenia is not Saudi Arabia or Azerbaijan. In addition, Armenia has problems with its neighbors: Turkey and Azerbaijan are blockading Armenia because of its aggression against Azerbaijan (in turn, Armenia is blockading part of Azerbaijan – Nakhichevan Autonomous Republic). Out of all its neighbors, Armenia has friendly relations only with Iran, but these relations raise many questions.

According to the Azerbaijani government, Armenia got personnel in the war-torn country, engages in the black trade of Syrian weapons and its territory is used by the Russian military operating in Syria.   In other words, Yerevan is helping Russia to prop up the Assad regime, which is an ally of the mullah’s in Tehran and is a sworn enemy of the State of Israel.

Today, Azerbaijan is a strong, independent state—a geopolitical and geo-economic leader in the South Caucasus region.  With its geo-economic and transport-cooperation projects, official Baku contributes to the expansion of peace and prosperity in the region and beyond. Azerbaijan supports a peaceful settlement to the conflict based on the norms and principals of international law.  However, if the issue is not resolved peacefully, then official Baku will have no choice but to take advantage of the situation to secure their territorial integrity by other means and to work towards the liberation of the occupied territories.

Like in the Israeli-Palestinian conflict, some elements in the international community sometimes display double standards about the Armenian-Azerbaijani Nagorno-Karabakh conflict.  Due to Armenia’s aggressive behavior, official Baku permanently increased the level of readiness and the combat capability of the Azerbaijani Army in order to be prepared to liberate the lands which have been occupied by Armenia over the past 28 years.  Azerbaijan does not want bloodshed, but the Azerbaijani Army is able to liberate the lands if pushed into a corner.    The April battles in 2016 in Karabakh have significantly changed the status quo in favor of Azerbaijan and immediately attracted the attention of international actors—the US, Russia and the EU countries, which unanimously urged the parties to solve the problem peacefully.  Official Baku has repeatedly stated and warned Armenia that it will never agree to the existing status quo.  In response to the military provocations of Armenia and to ensure the security of its citizens, the Azerbaijani Army carried out a crushing military blow to the Armenian Armed Forces in early April 2016 and forced them to withdraw.

The mullahs in Tehran were never fans of the secularist democratic regime in Baku, who holds its vision of a secular Azerbaijani Muslim society dear to their hearts and supports the West.  The ruling mullahs pursue a policy contradicting the peaceful coexistence of all neighboring states and the people of Iran but allege that they have a commitment to peace.  Yet, it turns out that Islam for Iran is only a propaganda talking point.  For years, official Tehran has been advocating for the “destitute and oppressed Muslims,” yet the occupation of Azerbaijani territories by Armenia has continued for more than 25 years.   As a result of this aggression, there are one million refugees in the country.  Armenia has occupied 20% of Azerbaijan’s territory.  However, Iran, which has a 600-km-long border with Shia Azerbaijan, supports Armenia in this conflict.

So, a question that must be answered is: Where is your religious solidarity?  Why hasn’t the spiritual leader of Iran Ayatollah Khamenei and Iranian President Hassan Rouhani condemned Armenia, which is occupying twenty percent of the territory of Shia Azerbaijan and does not comply with four UN Security Council Resolutions that require Armenia to leave occupied Azerbaijani territories?

British Prime Minister Lord Palmerston in the mid-19th century stated: “We have no eternal allies, and we have no perpetual enemies.  Our interests are eternal and perpetual, and those interests it is our duty to follow.”  Unfortunately, this today is the brutal reality of international relations and Azerbaijan must understand and realize this.

Both Tehran and Moscow would rather support Russia’s allies in Yerevan than support true justice.  Nevertheless, it is unbecoming of a superpower like Russia to prop up a small country’s traditional enemy merely to ensure that its oil got no competition.   What Russia is doing regarding sending arms to Armenia is no different from a big kid playing playground bully towards the smaller children.   However, the game that Russia is playing is very dangerous, for if Yerevan feels that they once again have Russia’s backing going into a war, they very well can be encouraged to start another full-blown conflict with Azerbaijan, which would be very costly to both Azerbaijanis and Armenians, especially as a pandemic ravages our world.  For this reason, Russia’s weapons shipments to Armenia must stop, for it threatens the entire peace and security of the Caucasus region at a time when refraining from war could not be more important. 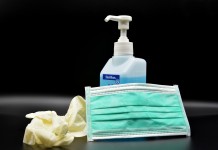 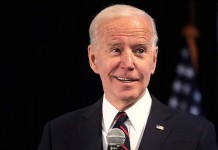 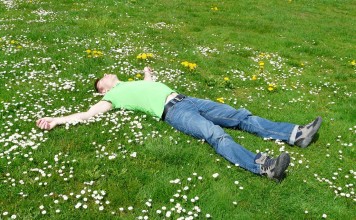 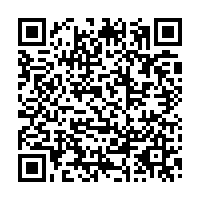