I have lived in Bergen County for 42 years and I have been active in my synagogue, community affairs, UJA and several day schools. One of my earliest jobs was in 1961 as the first youth director of the nascent B’nai Yeshurun in a small house on West Englewood Avenue. I have observed this community for a long time. I have been a day school principal, executive director, and for over a decade I was the Director of Jewish Educational Services for the Jewish Federation of Northern New Jersey. I have watched this community grow and flourish from two day schools to fourteen. Sadly I am now seeing my community struggling with the rising costs of a day school education when remedies are available.

I would like to make several observations and then I will offer some solutions which are viable if the community leadership has the testicular fortitude to follow through.

Observation #1: Schools are not profit centers. Tuition covers about 75% of actual costs.

Observation #3: UJA cannot make tuition affordable even if they had the money.

Observation #4: Day schools cannot expect federation support as an entitlement. They should be required to demonstrate in concrete, measurable ways why they deserve community support. It’s an opportunity to educate those not familiar with day schools. Years ago the Allocations Committee visited several day schools, came away with a new found respect and funding grew. This should continue.

Observation #5: UJA is not “the other” nor the Dark Side. It is a democratic organization run by those who show up and are involved. If members of the day school community would shed their parochialism and participate, then the priority setting would be different. You have to be in it to win it. Getting funded is a game and every game has rules. The rule here is he who shows up calls the shots. Granted one has to work one’s way up the hierarchy to be a decision maker, and in every democracy there are compromises and decisions with which we may fundamentally disagree. However there will come a time when lowly committee members will become chairmen and chairwomen. It would not take a huge fortune of money, only an investment in time, in order for UJA to reflect the needs of the day school community — if they were willing to enter the fray and play by the rules. I’ve done it and it works.

Observation #6: Millions of tzedaka dollars are raised every year in this community, only a fraction of which goes to local day schools.

Proposal #1: Schools are not profit centers, but some costs can be contained. The largest salaries go to non-teaching administrative personnel. Schools can get by with fewer administrators. I have always advocated paying teachers the higher salaries because they make education happen. Many teachers could perform administrative tasks in addition to their teaching responsibilities. Check the rosters and add up the salaries in almost every day school.

Proposal #2: Teaneck is known for its dining establishments which always seem to do a bustling business despite the economy. I propose a luxury tax of 1% on all meals at all restaurants in our community. It’s a small amount which patrons will not feel. I will leave the method of collection to the accountants, the RCBC, and the computer mavens. It will provide a steady stream of funding into a communal Jewish educational fund. When Israeli restaurants started charging extra for the guards at the door, no one objected. This too should not be an inconvenience. It was proposed to the RCBC and rejected, it was proposed to the community in a Jewish Press article, and sent to the OU which never dignified it with a response. We have the power to make it happen and it can be a model for others to emulate. “Im tirzu..” etc.

Proposal #3: Tuition tax credits–not vouchers–for individuals and businesses, have generated millions of dollars for day schools (and other private and parochial schools) in a dozen states. Furthermore, the Supreme Court has ruled that it does not constitute a church/state issue. Put simply, we establish the Northern NJ Day School Alliance (NNJDSA) for the purpose of providing scholarship assistance to area day schools. Other school groups can form other organizations to assist other schools. Together with the Archdioceses, the various UJA federations in New Jersey have a lot of clout in Trenton. We lobby for passage of a bill allowing up to $500 of our NJ tax obligation to go to a school tuition organization (NNJDSA). Gov. Christie supports this initiative. Cutting to the chase, when the bill gets passed, anyone, not just parents, can contribute. This has a cumulative effect, and best of all it doesn’t come out of anyone’s pocket. The details, mechanics, and arguments can be explained elsewhere, but this plan works. It was presented to the Jewish Community Relations Council of UJA a decade ago. They debated it for eighteen months and in the end did not vote to propose it to the UJA leadership. Had the committee had representation from the day school community the outcome would have been different.

Proposal #4: The Talmud teaches that self preservation is a primary directive. The needy of your own community take precedence over others. In this community we generously support myriads of institutions all over the world. What if we declared a voluntary moratorium for 2 years on external institutions and all that money were funneled into local Jewish day schools ? Failing that, what if those who support humanitarian institutions, museums, their alma mater, the opera, public radio and television, etc. could be encouraged to support only local day schools for a year or two ? What if we did both ? We are in a crisis and we need bold steps to deal with it. This involves major donors speaking to other major donors. We need to make the case to those who do not yet fully appreciate the value of a day school education as well as to those who do.

Proposal #5: A while ago, George Hanus of Chicago proposed that everyone should give 5% of their net worth to any day school of their choice, either in their will or while they are still alive. This suggestion did not catch on but it’s worth considering.

Proposal #6: Doing good by doing well. Investments today do not yield much for the small investor. However if investors pool their resources — as some groups already do– and the investments are quite substantial, then the yields will also be higher than what an individual can earn We have many successful and savvy investment professionals in our community who might forego their commission or part of it if investors would agree to split their earnings with the day schools. This was floated a number of years ago but did not get off the ground because some investors did not want to combine philanthropy with business. But isn’t that what drives charitable giving ? One earns so one can give. It warrants a second look.

I am sure that there will be many naysayers and objections to my ruminations. I am used to that. Much of what I have accomplished has been over the objections of others. It is time for the real leaders of our community to rise up and take action. If the rabbis cannot or will not advocate more strenuously, then others will have to do it. I have done my best but now it is time for the next generation to take the reins and make sure that every child in our community who desires a Jewish day school education can get it. 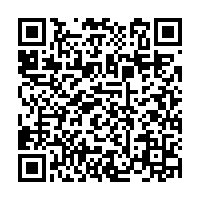