For many decades, Israel has been committed to direct peace negotiations with the Palestinians, and herein lies the formula for failure. At the same time, while demanding face to face negotiations with the Palestinians, Israel has also insisted that there was no one to talk to, no partner for peace; a catch 22 if ever there was one.

The U.S. continues to maintain some 90 U.S. military facilities including major military bases throughout mainland Japan and Okinawa, over 7000 miles away form U.S. mainland. It does so 73 years after the Japanese attack on Pearl Harbor, and despite 70 years of peaceful alliance with Japan. Indeed, it does not stand the test of logic that the U.S. does not support Israel’s right to military presence in the Jordan Rift Valley, and to patrol an area that is 62 miles long, 6 to 9 miles wide, and is situated only 40 miles away from Israel’s main population centers, despite a perpetual ongoing war.


As recently as January 10, 2014, a U.S. State Department spokesperson expressed concern about the release of scores of prisoners whom Washington considers a security risk, “We’ve seen reports that [Afghan] President [Hamid] Karzai has approved the release of 72 out of the 88 detainees under review. As you may also know, these 72 detainees are dangerous criminals against whom there is strong evidence linking them to terror-related crimes, including the U.S.e of improvised explosive devices, the largest killer of Afghan citizens.” Yet the U.S. demands that Israel release hundreds of Palestinian terrorists with blood on their hands, and unfortunately Israel complies time and again.

Secretary John Kerry has been flying back and forth from the U.S. to the middle east and from one hot spot to another. While direct negations have not yielded results (even Kerry appears frustrated with the Palestinians), and an international panel is not an option, connecting the dots reveals a picture of an emerging regional solution.

During his most recent travel to the area, Kerry added two new dots to the picture, Jordan’s King Abdullah II and Saudi Arabia’s King Abdullah and he spent several hours with each. The picture that is slowly emerging is of four regional players and one superpower. A peace deal is being negotiated between Israel, Saudi Arabia, Jordan, Egypt, and the U.S., but with the glaring absence of the Palestinians.

Peace will offer the Palestinians a sense of independence and freedom, but it forever will be a city state; never militarily viable; never economically viable without outside support. He who controls the purse strings will forever control Palestine, and that is why the Saudis and the U.S. (and the EU to a lesser extent) will call the shots and will make the plays.

The Palestinians have been gambling with somebody else’s money and they running out of chips. When the Saudis say so the Jordan Rift Valley will cease being a matter of sovereignty and will become a simple economic issue of loss of fertile agricultural land for which Palestinians will be generously compensated. A single word from Mecca will go further towards securing Palestinian cooperation and keeping the Sunni streets of the West Bank calm than tens of thousands of Palestinian Authority policemen.

The five major players, Israel, Jordan, Egypt, Saudi Arabia, and the United States all have much to gain from a regional pact. Such a deal would serve the unique and combined needs and interests of each.

Since the end of the Cold War the U.S. has sided with and supported the wrong players in the Middle East ( the Ayatollah Humeini, Yasser Arafat, and the Muslim Brotherhood Egyptian President Mohamed Morsi to name but a few). Such a regional agreement would put an end to the Israeli-Palestinian conflict, put the U.S. back on the right track, and would U.S.her in a new era of strong regional coalition that is backed up by a grateful America. The Saudis’ chief concern is the growing power of Shia axis of Iran, Iraq, Syria, and Hezbollah. A nuclear Iran will threaten the Saudi Sunni lead hegemony in the Muslim world. A regional agreement brokered by the Saudis would bring U.S. back to the Saudi fold, and would constitute the only American success in the past few decades (consider Iraq, Afghanistan, Benghazi, Egypt, Iran, and Syria to name a few). Such an agreement would also counter the regional push by the Muslim Brotherhood (in Egypt and Jordan), and Ottoman aspirations of present day Turkey. It would stabilize the rule of King Abdullah II of Jordan which is under constant pressure from the Palestinians (who still remember Black September when the father king massacred thousand Palestinians), and would provide Jordan, Israeli, Egyptian and Saudi protection in the event of Iraqi or Syrian invasion. Such a Middle Eastern coalition and the U.S., an ME4 + 1, would go a long way to counter act Russian influence in the region and regaining a foot hold in places such as Egypt. In addition it would go a long way towards rehabilitating the regional economy, most importantly in Egypt and Jordan.

As for Israel, the benefits are many. First and for-most it would answer Israel’s security concerns, and they would be backed by Riyadh, Amman, and Cairo, and not merely by American promises (remember U.S. promises about freedom of navigation in the Suez, the red Sea, the 1967 war, promises regarding nucs in Iran, Red Lines regarding the Syrian U.S.e of chemical weapons), and Palestinian empty words. It would provide the means to prevent Iran from obtaining a nuclear weapon without the subsequent admonition by the U.S.. It would put an end to European and international pressures, boycott and delegitimization campaigns. It would also open new commerce routes and markets. The upside economic potential is endless.

On January 10, 2014 Reuters reported that “Russian and Iranian sources close to the barter negotiations said final details were in discussion for a deal under which Russia would buy up to 500,000 barrels a day of Iranian oil in exchange for Russian equipment and goods.” This would effectively render the remaining sanctions on Iran meaningless and allow Iran to rehabilitate their economy while pursuing nuclear weapons. What is needed now, more than ever, is a courageous Israeli leader who would fly to Saudi Arabia for face to face negotiations with the Saudis and not with the Palestinians (their wishes and desires are irrelevant to the process), and for President Barak Obama to stay out of the way. 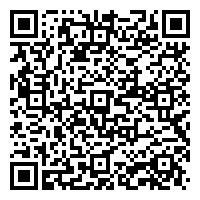