The Russian revolutionary leader Vladimir Lenin was fond of the phrase “one step forward, two steps back.” In the current Middle East, we have taken many more than two steps backward – and we are repeating patterns that are more than five decades old.

In 1958, Egypt and Syria jointly launched an unprecedented political experiment in the Arab world. Pooling their sovereignty, both countries announced they were forming the United Arab Republic (UAR) as a first step towards dissolving national divisions in the Arab world into a wider Arab bloc.


From the beginning, it was an unequal partnership. Aggressive nationalist leaders reigned in Cairo and Damascus, but it was Egypt’s President Nasser who stood atop the pyramid. Disagreements over economic policy, frustration at the collective failure to effectively confront Israel, and Nasser’s distrust of the Ba’ath Party – an organization that derived its main ideological inspiration from German National Socialism, and which ruled at various times in both Syria and Iraq – all contributed to the UAR’s disintegration in 1961.

Both Nasser and his Syrian allies were in the vanguard of the Arab revolutionary tradition that emerged from the collapse of the British and French-backed regimes after World War II. However, what divided them was far more important than what united them. For more than half a century, intra-Arab relations were dominated by intrigue and conspiracy-mongering. There was a great deal of florid, emotional rhetoric about the imperative of defeating Zionism and securing justice for the Palestinians, but such aspirations only served to highlight the failure of the pan-Arab movement, both politically and on the battlefield.

Just as these Arab regimes emerged from revolution, so were they overturned by successor revolutions, in the form of the “Arab Spring” that descended on Arab cities from North Africa to the Gulf in 2010. As in the late 1950s, any vague hopes of Arab unity and Arab democracy thrown up by the Arab Spring were quickly dashed.

Rather than a United Arab Republic, what we are witnessing today is a cluster of disunited Arab republics, foremost among them Egypt and Syria.

In Egypt, Muslim Brotherhood President Mohamed Morsi, whose organization was decimated by Nasser during the 1950s after it violently objected to the country’s secular constitution, is now deploying the tanks and soldiers of the Egyptian army against his own people. In November, just days after being feted by western powers for his role in damping down the conflict between Israel and the terrorist Hamas regime in Gaza, Morsi embarked on a power grab that would have left even Nasser envious.

In purely humanitarian terms, meanwhile, the situation in Syria is far worse. More than 40,000 people have been murdered since a popular uprising against the regime of Bashar al Assad, the president and the leader of the Syrian Ba’ath Party, erupted early in 2011. Throughout that period, western countries have mounted a series of diplomatic interventions, involving a cast of characters from the Arab League to the former UN Secretary-General Kofi Annan, which have signally failed to stop Assad’s slaughter.

Now, though, talk of military intervention in Syria is bubbling. The cause this time is the prospect that Assad may use chemical weapons in his bid to destroy Syria’s rebel factions. Recall that in 1988, the late Iraqi president (and Ba’athist leader) Saddam Hussein used a combination of lethal chemical agents in an attack on the Kurdish town of Halabja, in which more than 5,000 Kurds suffered agonizing deaths. Recall, too, that Saddam also liberally deployed chemical weapons in his war against Iran during the 1980s.

The difficulties of military intervention in Syria shouldn’t be understated. Operationally, destroying the chemical weapons centers will involve direct confrontation with the elite Syrian forces assigned to guard them, as well as penetrating sophisticated air defense systems provided to the Syrians by their Russian allies. Politically, both China and Russia can be relied on to oppose any foreign intervention in the name of defending “national sovereignty.”

There are no easy options in the Middle East. Western countries are in the midst of what is called “war fatigue,” stemming from the invasions of Afghanistan and Iraq. And weakening or even destroying current enemies carries the risk of empowering new ones, whether these are Salafi Islamist factions in the mold of Al Qaeda or the increasingly belligerent Islamist Turkish government of Reccep Tayyip Erdogan, who has made confrontation with Israel the centerpiece of his appeal to the Islamic world. 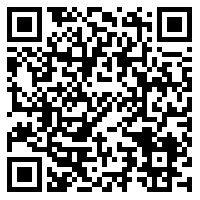